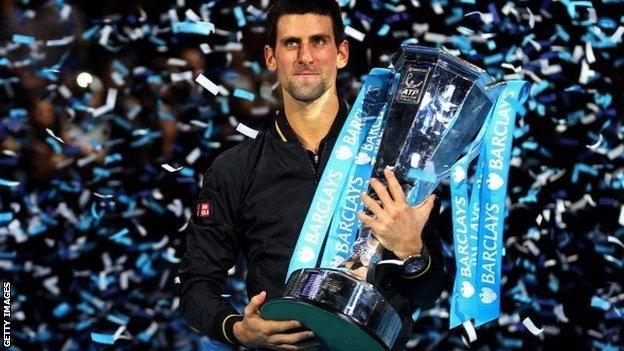 Tomas Berdych says walking into the O2 Arena is on a par with walking onto Wimbledon's Centre Court.

Stanislas Wawrinka, on his first appearance, has been beaming like a child who's arranged a daily delivery from Father Christmas.

And in the four years that London has so far hosted the World Tour Finals, more than one million fans have flooded into North Greenwich.

The Finals have embraced an atmospheric and futuristic home since 2009, and will continue to do so until at least 2015. But with the top two players in the world both indicating that it's time for a change, could London fall foul of the seven-year itch?

Novak Djokovic takes the view that it's time to spread the gospel elsewhere.

"Even though I think the O2 Arena does a fantastic job in organising the World Tour Finals, I still feel this sport is so global that it is just necessary for us to travel around the world and allow other cities and countries to have this privilege of organising such a strong tournament," he said in an interview with BBC Sport.

"It would promote it around the world, so in my opinion it shouldn't be held in one place for more than three years, or for less than two years. It would be even better if we get to be more creative with this tournament."

Rafael Nadal simply believes it's time to change the surface.

"I feel that I am unlucky," he said. "Since 2005, all the Masters (Cups - the previous name for the World Tour Finals) have been indoors on a surface that is not the best for me.

"I cannot find a better place to have a Masters than here, because the stadium is one of the best stadiums that I ever played in.

"But that doesn't mean the ATP cannot be a little bit more fair to all the players. We qualify on all the surfaces, so it would be great to change the surface every year."

Nadal knows he is unlikely to benefit from such a change, but he's doing it for his children - or for the next generation, as he prefers to put it.

History suggests that clay court stars of the future who are partial to a bit of sun on their backs are likely to be disappointed. 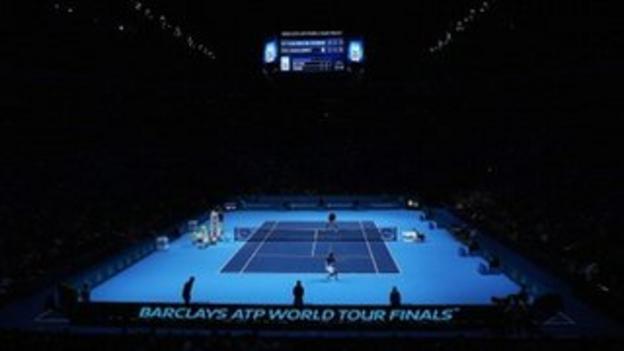 The tournament has only been staged outside on three occasions in its 44-year history: twice on hard courts in Houston in the early part of this century, and once on grass in Melbourne in 1974.

The elements conspire against outdoor events in tennis's key markets in November, and a switch back to clay after a run of indoor events at the end of the regular season would put further strain on weary bodies.

The argument for a switch of cities is much more persuasive.

In the formative years of the Masters Grand Prix, as it used to be called, the event moved on an annual basis.

Tokyo, Paris, Barcelona, Boston, Melbourne, Stockholm and Houston were the hosts in the first seven years, as four different continents got a taste of the action.

Rio de Janeiro was one of the disappointed parties when London's contract was extended by two years 12 months ago, so why shouldn't the ATP take their flagship event to fertile new ground?

They will do one day, but probably not for a while. There is no appetite to move the tournament just because London is perceived in some quarters to have had its fair share.

The Finals are a key revenue stream for the ATP, and London does a remarkable job in selling 17,500 seats for a large majority of the sessions.

It sits in a time zone which is very user-friendly for the bulk of the TV audience, and has created a fabulous experience for both players and spectators which any successor will have to convince it can match.

Nine of the world's top 10 currently hail from Europe - and Andy Murray is another of London's trump cards.

Other than Novak Djokovic, who was born just seven days later, only Juan Martin Del Potro is younger than Murray, who would hope to have at least another five years competing at the World Tour Finals.

Any bid from Argentina would be taken seriously, but only if they were able to generate sufficient revenue and crowds.

A venue in the United States would keep the accountants happy, but 21-year-old Jack Sock - at 91 in the world rankings - currently looks their best hope of providing a finalist in the years to come.

So London will be hard to knock off its perch - just as Madison Square Garden in New York was for 13 memorable years.