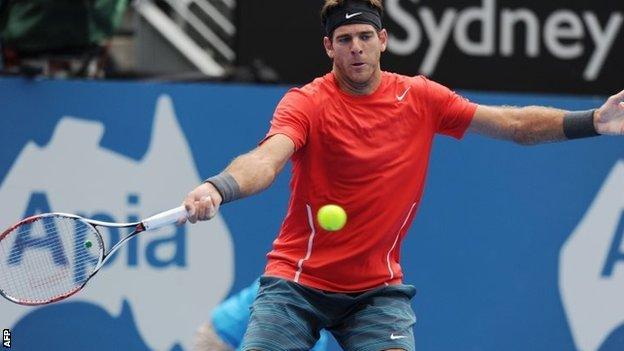 Juan Martin Del Potro warmed up for the Australian Open with a convincing win over Bernard Tomic in the final of the Apia International.

The Argentine brushed aside reigning champion Tomic 6-3 6-1 in Sydney.

Del Potro is set to rise to a career high of third when the new world rankings are published next week - overtaking current number four Andy Murray.

Both finalists will now turn their attentions to the first Grand Slam tournament of the year at Melbourne Park, where they have contrasting assignments in the first round.

Del Potro, who was knocked out by Jeremy Chardy in the third round last year, faces American qualifier Rhyne Williams.

Del Potro said: "Starting the year in this way is very, very positive. Now starts the hardest tournament, and I will see if I can go farther than last year."