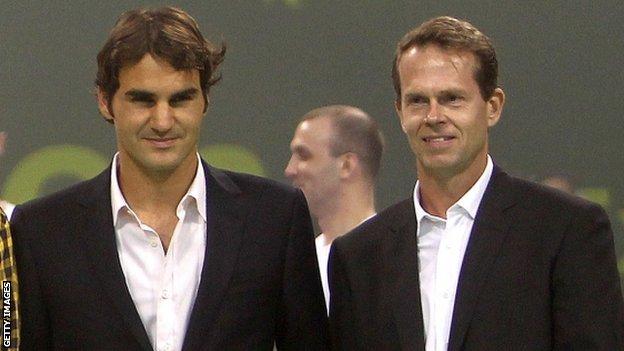 Stefan Edberg believes he can help get Roger Federer back to his best.

The Swedish six-time Grand Slam winner will be a part of Federer's coaching team for 10 weeks in 2014, starting with the Australian Open.

Former world number one Federer is seeded sixth at Melbourne Park and begins his campaign against Australian wildcard James Duckworth on Tuesday.

"Roger has to do the work on the court but it's maybe just a different voice, different opinions and obviously I've been in this situation before, in the big tournaments," added Edberg.

"Tennis-wise, he's such a great player but there are always many things you can work on, maybe minor things in his game.

"It's going to be a tough road but I still believe he's good enough on a given day to beat anybody.

"If he could win a slam here this year, it would be great, but it's a tough task; (there are) a lot of good players."

He is the latest high-profile former player to join the coaching circuit after Ivan Lendl teamed up with Andy Murray and Boris Becker began working with Novak Djokovic.