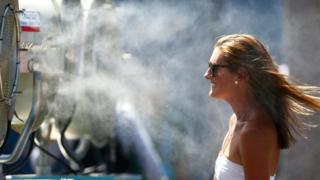 BBC Sport's Alex South reports from Melbourne, where searing heat reaching 42C has been causing havoc for players and fans at the 2014 Australian Open.

England's Vunipola out of France game