Croatian Ivan Dodig feared he "could maybe even die" before retiring from his match as heat was once again a significant factor on day three of the Australian Open.

Dodig, 29, withdrew two hours and 22 minutes into his second-round match with Damir Dzumhur in Melbourne.

"Thirty minutes after the match, I could not walk," he said. 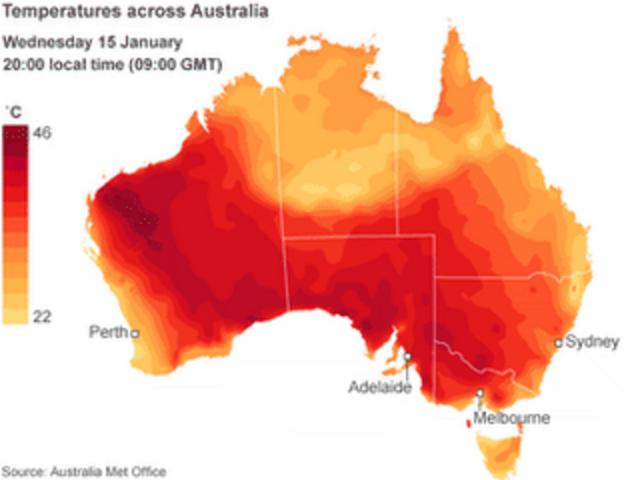 The 32nd seed led Dzumhur 2-1 in sets but trailed 4-1 in the fourth set when he retired with cramp.

On Tuesday, Canada's Frank Dancevic needed medical attention after fainting in his first-round match and said it was "inhumane" for players to compete in such conditions.

With women's top seed Serena Williams complaining the heat has affected her sleep, organisers defended their decision to continue play.

Referee Wayne McKewen said: "While conditions were hot and uncomfortable, the relatively low level of humidity ensured that conditions never deteriorated to a point where it was necessary to invoke the extreme heat policy."

Williams beat Vesna Dolonc 6-1 6-2 but admitted the heat had an impact on her preparation.

"I kept waking up in the middle of the night last night just paranoid," said the 32-year-old American. "I just wanted to stay hydrated. The last thing I want to do is to cramp in this weather. It can happen so easily.

"The conditions in my match were OK. I wasn't here [on Tuesday]. I heard they were a little bit extreme. I didn't really even go outside."

Temperatures are expected to reach maximums of 42C and 43C on Thursday and Friday respectively, before cooling to around 20C.

Several bushfire warnings are in place in south-east Australia because of the extreme weather.