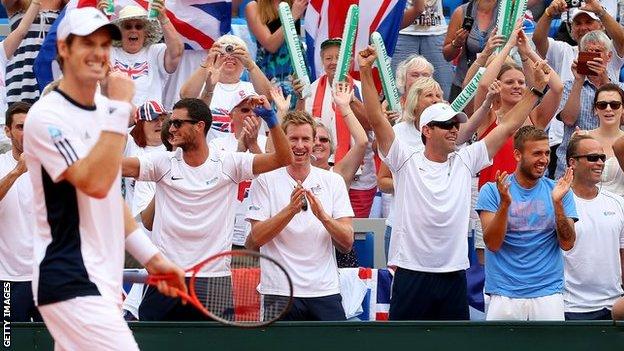 All of Great Britain's Davis Cup World Group matches over the next three years will be broadcast on BBC Sport.

Coverage starts with the clay court tie against the USA in San Diego from 31 January to 2 February.

Matches will be broadcast on BBC Two and BBC Three with commentary on BBC Radio 5 live and 5 live sports extra.

"I'm pleased we can now add Great Britain's Davis Cup matches to our coverage on the BBC," said director of sport Barbara Slater.

"These ties are a welcome addition to our existing sport portfolio which this year includes the Winter Olympics, the World Cup, Wimbledon, Commonwealth Games, The Open, ATP World Tour Finals and Formula 1."

The GB Davis Cup team returned to the elite World Group of the competition for the first time since 2008 when they defeated Croatia in September.