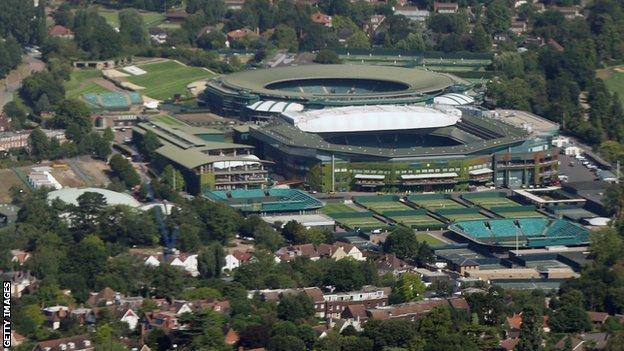 Sport England has given a funding boost to six sports but has warned that they must make improvements before receiving further investment.

Tennis, swimming, squash, fencing, basketball and table tennis have all been granted funds to increase levels of participation.

However, some of the money has been held back from the governing bodies of tennis, basketball and squash.

Funding will be provided directly to programmes at grassroots level.

"If they don't grow participation, we will reduce their funding and we won't make long-term investments until we have confidence in their ability to deliver."

"The LTA felt very strongly that its better-targeted participation strategy deserved the support of Sport England, and, even though not every penny has been secured, this is recognition that the foundations are being laid.

"It won't mind that the money which has been diverted elsewhere is being invested into a pilot project with a local authority, as this is precisely how the LTA plans to spend more in future.

"What's much less clear, however, is whether a sharper programme will have the desired effect. Is there enough passion for the sport to drive us to predominantly outdoor courts on a gloomy January day?"

This is how the six sports were affected by Sport England's measures:

LTA chief operating officer Nick Humby said: "We know that we have more to do and that change takes time, but we have started to transform our approach to participation by building effective partnerships and we are determined to change the long-term trend."

Minister for Sport Helen Grant said: "I am encouraged that many sport governing bodies are upping their game to increase participation and we must not forget that 1.5m more people are playing regular sport than in 2005, when we won the right to host the 2012 Olympic and Paralympic Games.

"But the message to underperforming sports governing bodies is clear: if you can't deliver, then funding will be taken away and given to projects and people that can."