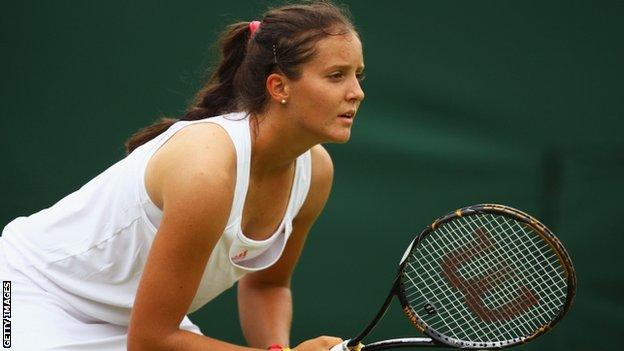 Laura Robson has withdrawn from Great Britain's Fed Cup tie against Hungary due to an ongoing wrist injury.

British number one Robson, 20, will be replaced by 22-year-old Jocelyn Rae.

GB captain Judy Murray said: "While we are obviously going to miss Laura on and off the court in Budapest, it's a great opportunity for me to bring Joss into the team as a doubles specialist.

"She has shown her potential winning gold at the Delhi Commonwealth Games in 2010 and is back to full fitness."

Robson said on her Facebook page: "After consulting with my doctor I have been advised that I'll need to rest my wrist for another two to four weeks.

"This will sadly not allow me to play in Fed Cup, which was one of my biggest goals for 2014."

Rae joins Heather Watson, Johanna Konta and Tara Moore in the GB team, which faces Hungary, Latvia and Romania in the group stages.