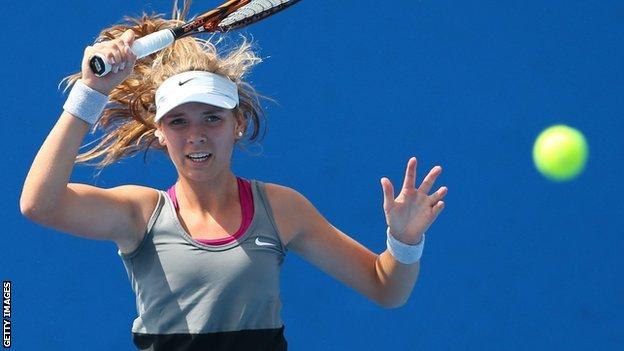 Katie Boulter is determined to clinch a junior Grand Slam crown before shifting her focus to the professional circuit.

British number one junior Boulter, who went out in the last 16 of the singles draw, is now 18th in the International Tennis Federation's junior rankings.

"I know we both want to get the title - that is our next aim together," Boulter told BBC Radio Leicester.

"I definitely want to make the back-end of these next two Grand Slams because they will be the last couple of Grand Slams I play.

"I probably won't play in the US Open as I will be moving more into the women's game."

She is now concentrating on emulating the achievement with Jorovic in a Grand Slam, confirming that she will partner the world number three junior at the French Open and Wimbledon.

"It's something that inspires me and definitely inspired my partner," Boulter added.

"We played a very good tournament together in what was the first time we'd played together."