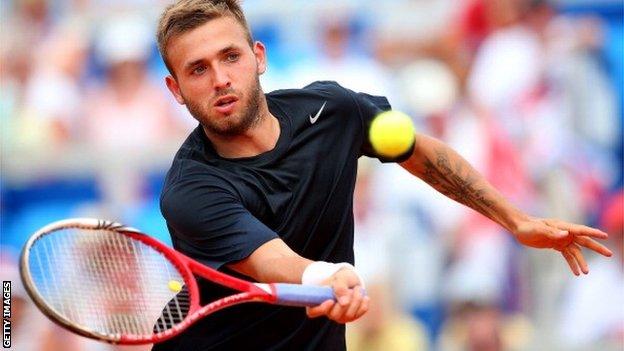 The 23-year-old recorded his first ATP main-draw victory of the season in this competition on Wednesday and followed that up with a gutsy win over Berrer.

Evans suffered a disappointing start to the season after being knocked out in Australian Open qualifying.

He was then left out of Britain's Davis Cup side for their win over USA.

The Briton, a lucky loser in qualifying for the tournament in the Croatian capital, will play either Germany's Philipp Kohlschreiber or Andrey Golubev in the quarter-finals.