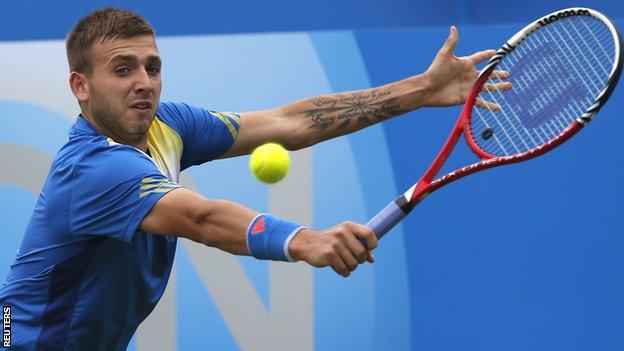 Briton Dan Evans reached his first semi-final on the ATP Tour as he beat third seed Philipp Kohlschreiber in three sets at the Zagreb Indoors.

He can can expect to rise from 147 to around 124 in the world rankings.

Evans will play top seed Tommy Haas in the last four, while Marin Cilic faces Bjorn Phau in the other semi-final.

The British number two lost to Germany's Phau in qualifying and only made it into the main draw as a 'lucky loser' after Radek Stepanek withdrew with a heel injury.

He then beat world number 106 Jan Hajek in the first round, the 148th-ranked Michael Berrer in round two, and reached the semi-finals with victory over Kohlschreiber, the world number 27.

Evans, from Solihull, was recently left out of Britain's Davis Cup team by captain Leon Smith for the win over the United States after deciding to return home immediately following his elimination from the Australian Open.

He had begun the year by coming through three rounds of qualifying to make the first round of the ATP event in Doha.