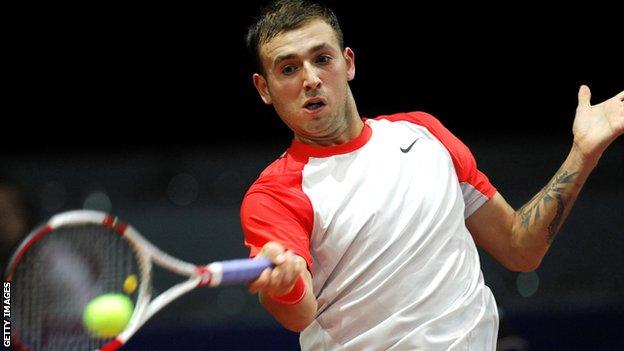 Britain's Dan Evans and Kyle Edmund both suffered first-round exits at the Open 13 in Marseille.

Evans, 23, who came through qualifying to earn his place, took the first set against Sergiy Stakhovsky.

Earlier this month Evans reached his first ATP semi-final and as a result earned his highest world ranking of 123.

But his 28-year-old Ukrainian opponent, ranked 33 places higher in the world, fired down 15 aces during the match to secure a second-round encounter with Frenchman Edouard Roger-Vasselin.

Stakhovsky, 28, broke Evans twice in the third set to complete victory in an hour and 57 minutes.

Edmund, from Yorkshire, who won his only other ATP level match against Frenchman Kenny de Schepper as a wildcard in Eastbourne last summer, was unable to take any of his six break point opportunities against Kamke.