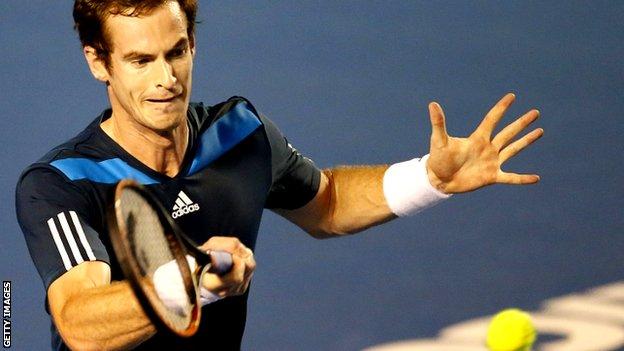 Britain's Andy Murray reached the quarter-finals of the Mexican Open with a 6-3 6-4 win over Portuguese Joao Sousa in Acapulco.

The world number seven lost his opening service game, but levelled at 2-2 and went on to break twice more as he won in one hour and 40 minutes.

Second seed Murray, looking to reach his first semi-final of the year, will next play Gilles Simon of France.

Murray, in the same half of the draw as Dimotrov and Gulbis, made a slow start against Sousa - as he did in his first-round encounter with Pablo Andujar - and was a break down at the start of the first set.

The Wimbledon champion was able to consistently threaten Sousa's serve, however, and the world number 44 made an increasing number of errors as the pressure told.

Murray now takes on world number 23 Simon at approximately 02:00 GMT on Friday. The Scot has an 11-1 lead in their previous meetings.