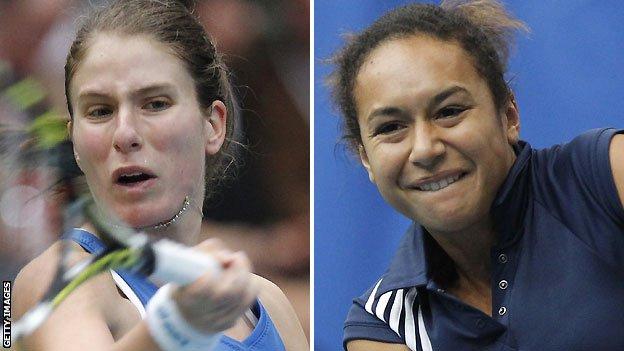 Heather Watson has made it through to the main draw of the BNP Paribas Open in California, but fellow Briton Johanna Konta failed to qualify.

Murray's possible route to the final

The draw has taken place and, in the men's section, Andy Murray could face Rafael Nadal in the last eight.

Murray has a bye in round one as the fifth seed and will play a qualifier or world number 47 Lukas Rosol of the Czech Republic in the second round.

Watson will play Swiss Belinda Bencic, 16, who is coached by Melanie Molitor, mother of former world number one Martina Hingis, in the first round.

But fellow Briton Dan Cox, a late entrant into the qualifying draw, was beaten 6-3 6-4 by Slovakia's Andrej Martin.