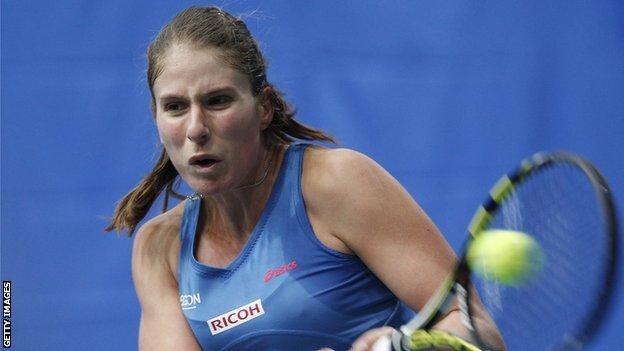 British number two Johanna Konta is out of the Monterrey Open after a straight-sets first-round defeat by France's Kristina Mladenovic.

Konta, 22, struggled with her returns against the 6ft right-hander, winning just 14% of points on the Mladenovic first serve.

The 32-year-old Pennetta, who recently won the BNP Paribas Open in Indian Wells, went down in one hour and 10 minutes to an opponent 11 years her senior.