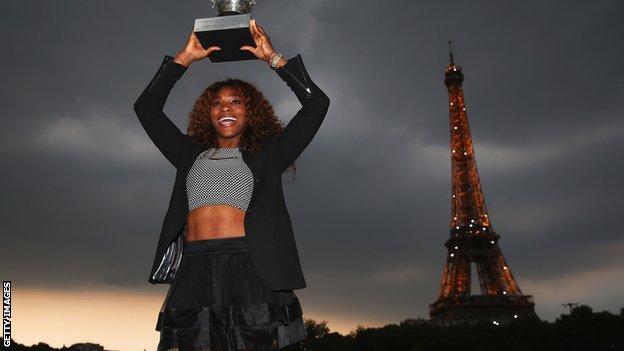 That is an increase of 150,000 euros on the cheques picked up by champions Rafael Nadal and Serena Williams last year and an overall increase of three million euros.

The biggest increases have come for those losing in the early rounds.

Wimbledon is set to announce changes to its prize fund later this month.

The total prize pot at Wimbledon last year was £22.56m, with winners Andy Murray and Marion Bartoli each taking home cheques of £1.6m.

Players at this year's French Open who are beaten in the second and third rounds will pick up 20% more prize money than last year. That equates to 42,000 and 72,000 euros respectively.

The French Open, the second Grand Slam of the year, starts at Roland Garros in Paris on 25 May.