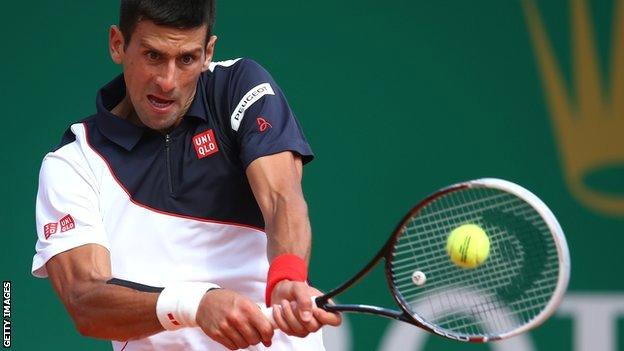 Defending champion Novak Djokovic was in rampant form as he thrashed Albert Montanes at the Monte Carlo Open.

The world number two got a bye into the second round and beat Montanes 6-1 6-0 in 45 minutes to reach the third round.

Djokovic lost only five points in the second set, in his first match on clay since last year's French Open.

"You never know how you're going to react and I lost only one game so there are not too many bad things I can say about my game," said Djokovic.

Jo-Wilfried Tsonga reached the third round but had a tougher time before eventually beating Germany's Philipp Kohlschreiber 6-4 1-6 6-4.