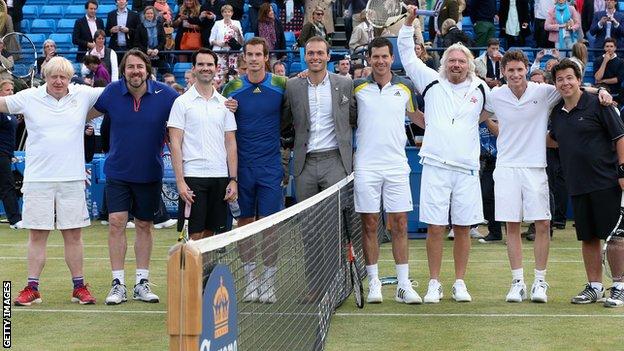 Andy Murray and Martina Navratilova are among a host of tennis stars to pledge their support to a fundraising event for Elena Baltacha this summer.

Former British number one Baltacha, 30, was recently diagnosed with liver cancer, and the players will hold a 'Rally for Bally' on 15 June.

Navratilova overcame breast cancer in 2010 and will join the likes of Anne Keothavong, Tim Henman, Jamie Murray and Greg Rusedski in mixed doubles matches at Queen's Club, Birmingham and Eastbourne.

"Cancer is an opponent we must fight against," 18-time Grand Slam singles champion Navratilova said. "My thoughts are with Elena and what she must be going through at this time.

"It is great the tennis world is coming together to support her, and to rally against cancer."

The proceeds will be split equally between the Royal Marsden Cancer Charity and the Elena Baltacha Academy of Tennis.