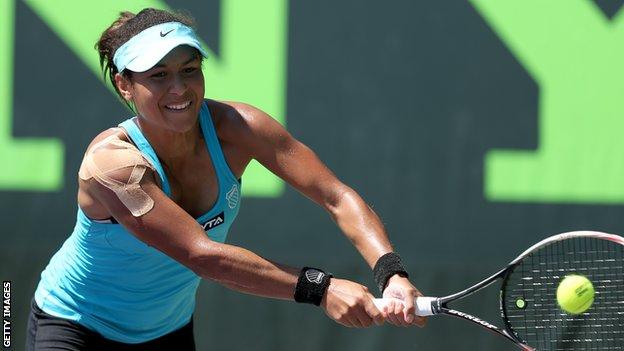 The Dutch player broke the Briton's serve six times on her way to a 6-3 6-1 win at the ITF clay-court event.

Bertens, 22, is ranked 29 places below Watson at 151 in the world but has now won all three of their matches.

Watson, 21, had been out since suffering a shoulder injury in Miami in March.

The Guernsey-born British number three beat world number 215 Gatto-Monticone in her comeback match on Tuesday and then saved five match points on her way to beating France's Claire Feuerstein.