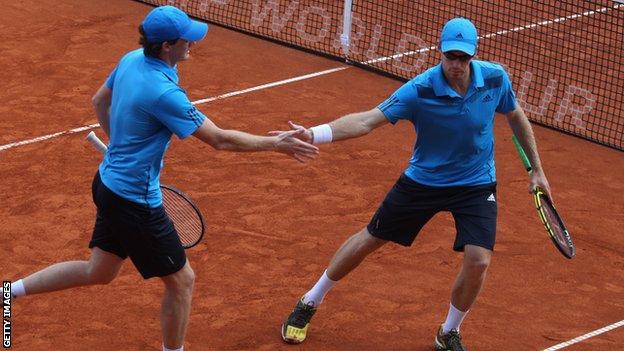 Jamie Murray and his Australian partner John Peers have defeated Britons Colin Fleming and Ross Hutchins 6-4 6-2 in the final of the BMW Open in Munich.

It is a fourth doubles title for Scotland's Murray and Peers since they teamed up at the start of 2013.

Fleming and Hutchins had reached their first ATP World Tour final since resuming their partnership following Hutchins' recovery from cancer.