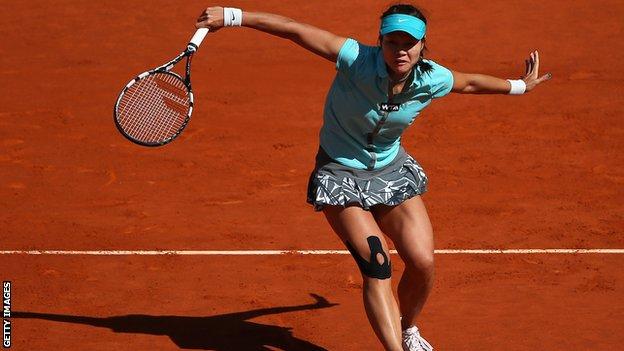 Li Na and Agnieszka Radwanska, the second and third seeds in the women's singles, were victorious in the first round of the Madrid Open on Monday.

Ninth seed Dominika Cibulkova is out after losing 6-4 6-0 to Sam Stosur.

The night session was preceded by a minute's silence in memory of former British number one Elena Baltacha, who died on Sunday of liver cancer aged 30.