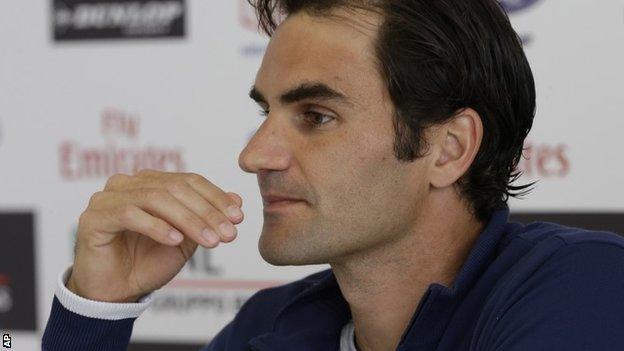 Roger Federer decided to play at the Rome Masters after consulting his wife, who gave birth to twins last week.

The 32-year-old Swiss pulled out of the Madrid Masters to be present at the birth and was expected to miss the tournament in Italy.

"They all said I should quickly come and play here," Federer said recounting a conversation with his wife Mirka and his team.

The second set of twins in the Federer household were named Leo and Lenny, with the first set, Myla Rose and Charlene Riva, celebrating their fifth birthday in July.

The 17-time Grand Slam champion added: "I miss them a lot already and also the girls.

"It's a different type of week but I'll get through it and I hope I can still play some good tennis.''

Federer, who has been a runner-up in Rome on thee occasions, begins his campaign on Wednesday against 47th-ranked Jeremy Chardy of France.