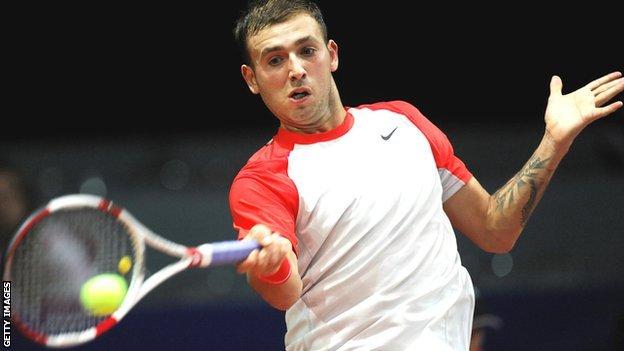 The tournament at the Nottingham Tennis Centre, which is free entry to fans, starts on 2 June.

Evans, who reached a career-high of 123 in the world this year, made the quarter-finals at last year's event.

Tournament director Paul Hutchins said: "This year's entry list is strong with a number of players with title-winning track records in Nottingham returning in search of further glory.

"It's great for players to hone in on their grass-court game ahead of Wimbledon."