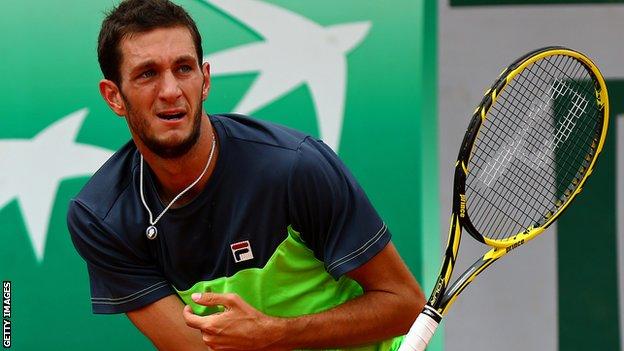 Britons James Ward and Johanna Konta are both just one match away from the French Open main draw after victory in their second-round qualifiers.

British number three Ward, 27, playing in the second round of qualifying for the first time in four attempts, beat American Ryan Harrison 7-5 7-6 (7-4).

The British number two, who must now win two matches on Friday to reach the main draw, meets Ukraine's Kateryna Kozlova, who is 92 places below her in the world rankings, next.

Ward, meanwhile, faces Slovenian Blaz Rola, who is 75 places higher than him at 94, in his final qualifier.

Konta required a medical time out for treatment to her back during the deciding set against Kania, but returned to take the final three games.

The Australian-born British number three stands at a career-high ranking of 102 in the world and will face Ukraine's Yuliya Beygelzimer, ranked 59 places below her, for a place in the main draw.