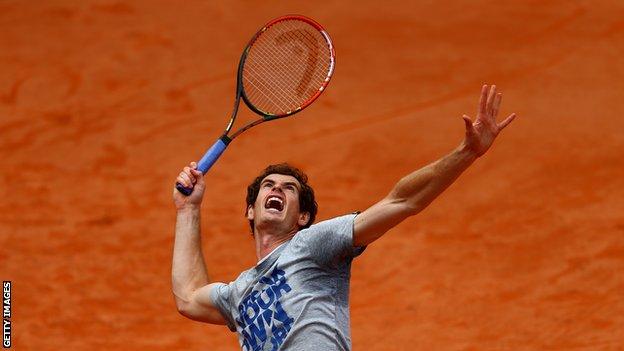 Britain's Andy Murray says he has decided who he wants to become his next coach but an announcement will not be made until after the French Open.

The Wimbledon champion has been without a coach since ending a two-year partnership with Ivan Lendl in March.

Murray, 27, said that although he has not formally offered the position, he believes the person he has chosen shares a desire to work together.

As long as the desire from both people is to work together then hopefully it can happen fairly soon.

"I have an idea of exactly what I want," Murray told BBC Sport.

"I've thought about it a lot, I've spoken to them and I'll see," he added. "It's not like you chat to the person and the next day it's done."

Figures such as seven-time Grand Slam winner John McEnroe have been connected to the role, but Murray has previously stressed he does not want to rush the appointment.

Any public announcement over Murray's next coach is unlikely to be made while he's still competing at Roland Garros, where he faces world number 55 Andrey Golubev of Kazahkstan in the first round of the French Open.

"You have to get a contract in place and there's always a few little complications in that respect, but as long as the desire from both people is to work together then hopefully it can happen fairly soon," he added.

"There's always a bit of detail and stuff that needs to get worked out, slightly more in depth discussion about things but hopefully nothing will happen in the next couple of weeks because I'll still be here, but maybe just after."