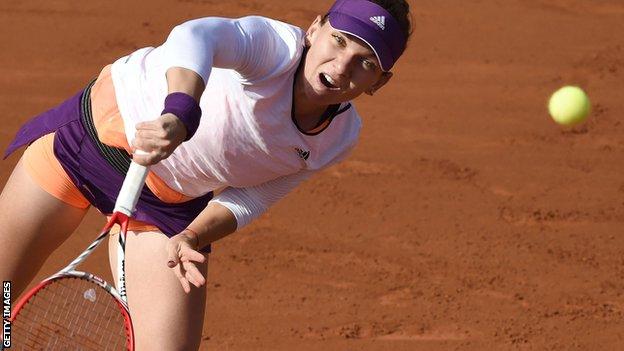 Simona Halep and Andrea Petkovic have both reached the last four of a Grand Slam for the first time with quarter-final victories at the French Open.

Halep, at four the highest seed left in the draw, won 6-2 6-2 against 2009 champion Svetlana Kuznetsova, who was struggling with a thigh injury.

She now plays Petkovic, who beat 2012 finalist Sara Errani by the same score.

In a repeat of last year's final, eight-time champion Nadal produced the same outcome, breaking his fellow Spaniard nine times to win his 34th match of 2014.

Kuznetsova struggled throughout against the 22-year-old Halep and required lengthy treatment at the end of the first set.

In the end, the 27th seed could not compete with the Romanian, who converted six of eight break points and dominated throughout.

Petkovic after reaching her first Grand Slam semi-final: "I was in a real zone. I didn't think at all. I was just focused on what I had to do. Mentally I was really good. When it was 6‑2, 5‑2 I sat down and I said to myself, 'OK, Andrea, are you going to get tight now?' And I paused and I said, 'No, not now'."

Halep on reaching her first ever Grand Slam semi-final: "I felt very well on court. It was a perfect day for me. I played really well. I was very aggressive and I played very fast."

Kuznetsova: "She plays very smart tennis. She doesn't overpower you. She takes off the speed very well. But it's not my job to predict whether she can win the tournament."

Ferrer: "Today I was not good enough for this match. I lost my focus. I was too slow, and I think I didn't play the game of a top 10. This is why I'm sad. It's my attitude, my behaviour on the court."

Nadal: "When you play David on any surface, it's always tough and he's having a great season. But I was more aggressive after the first set and maybe he did not have the best of matches as it went on."

The Scot lost their third-round match 7-5 7-6 (10-8) on Court Six, ending British interest in the junior tournaments.

"I would like to call Freud and ask him what he thinks about me and my twisted soul." Andrea Petkovic has a novel response to reaching her first Grand Slam semi-final.

"What should I do? I should perhaps apologise for all those who watched me play. When Rafael plays he usually plays better than I do, but mentally I was not really ready. That's all I can say." David Ferrer probably needs a bit of time alone after another afternoon with Rafael Nadal.

"Never. I have one game, and I try to do always on court. I watch just my matches." Simona Halep is not one to get obsessed by tactics and watching opponents on video.

"It's not my thing to predict. I think it's your job. So you do it." Svetlana Kuznetsova is not letting on whether she thinks Halep can win the title.

American tennis player Taylor Townsend on Twitter: One of the best moments of my French Open! A #selfie with the man @tsonga7. 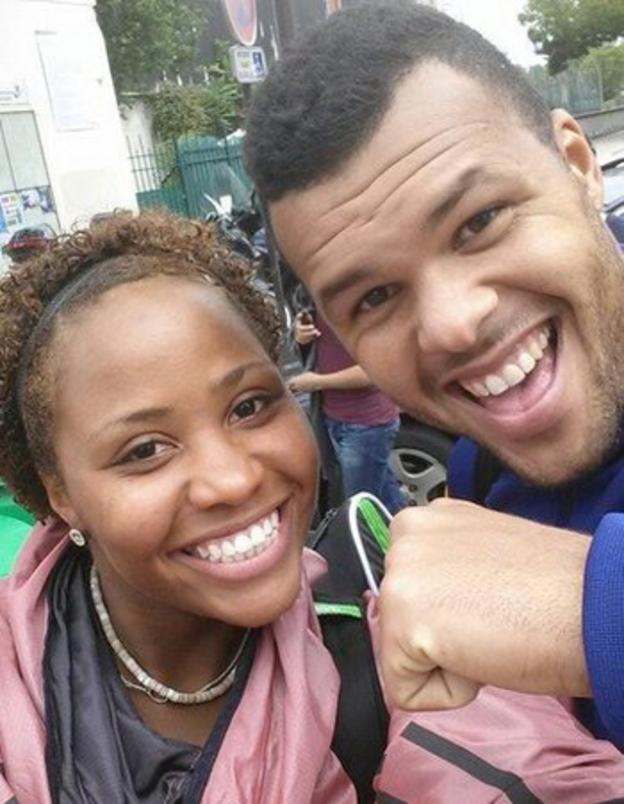