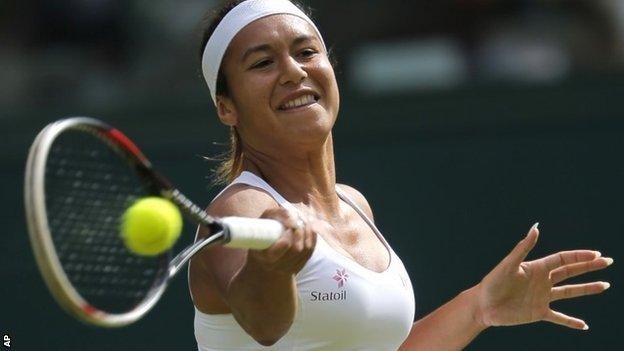 Having beaten Croatian Mirjana Lucic-Baroni in the first round, eighth seed Watson wrapped up the second-round victory in just over an hour in Montreal, Canada.

Watson goes through to the main draw of the event, which begins on Monday.

The 22-year-old's win follows her success in the doubles at the WTA Baku Cup in Azerbaijan last weekend.