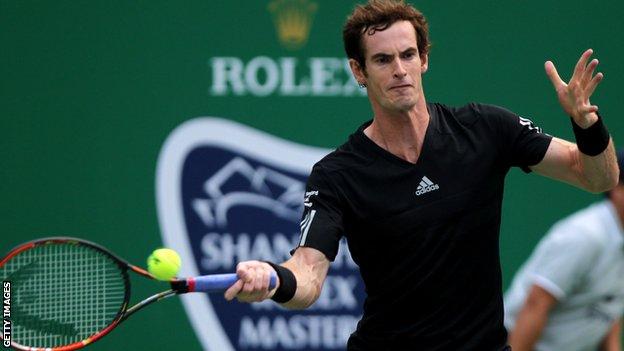 Britain's Andy Murray has added another tournament to his schedule in a bid to qualify for the ATP World Tour Finals.

He will play the Vienna Open next week, and with tournaments to follow in Valencia and Paris, it means he will be playing six weeks in a row.

He is currently 11th in the world rankings with only eight players appearing at the finals, which will be held in London from 9-16 November.

Murray, 27, has qualified for the competition every year since 2008.

The 2013 Wimbledon champion lost in the third round of the Shanghai Masters to Spaniard David Ferrer on Thursday.

Current world number one Novak Djokovic has won the ATP World Tour Finals in both of the last two years.