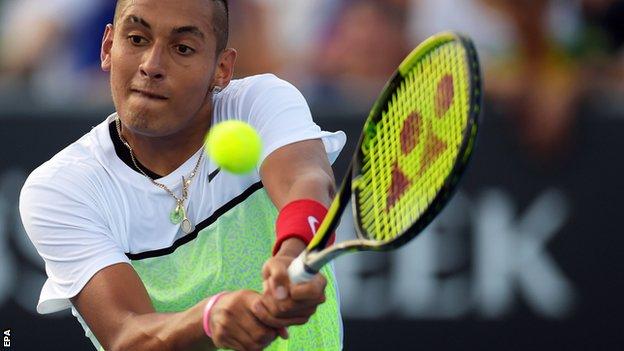 Australia's top-ranked male tennis player, Nick Kyrgios, is through to the third round of the Australian Open after an impressive victory over Croatia's Ivo Karlovic.

Nineteen-year-old Kyrgios, a favourite with the home crowd, won the bitterly fought first set in a tiebreak.

He took the second set as well, but the big-serving Karlovic fought back to claim the third.

Australians Bernard Tomic and Sam Groth are also through to men's third round.