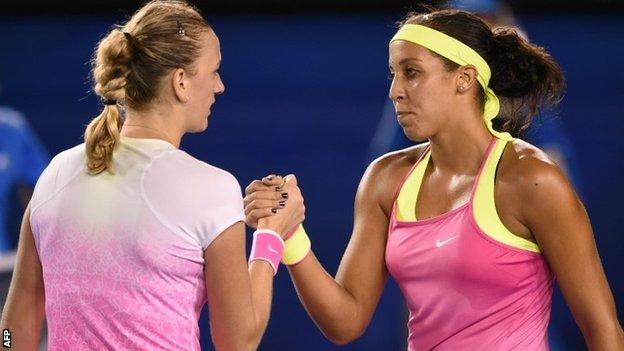 Wimbledon champion Petra Kvitova is out of the Australian Open after a 6-4 7-5 defeat by 19-year-old Madison Keys.

The American teenager broke the Czech fourth seed at 5-5 in the second set of the match.

The world number 35 plays Madison Brengle in the fourth round as four United States players made the last 16.

"My hands are still shaking, right now I can't even process this, I'm just so excited," said Keys.

Kvitova, winner of Wimbledon in 2011 and 2014, has never made it past the last four of the Australian Open.

Last year she was beaten in her first match by Thailand's Luksika Kumkhum, playing in just her second Grand Slam tournament.