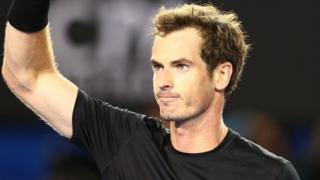 Andy Murray says that he has given himself "a good opportunity" after beating Nick Kyrgios to reach the semi-finals of the Australian Open.

Sixth seed Murray is through to his fifth Australian Open and 15th Grand Slam semi-final.