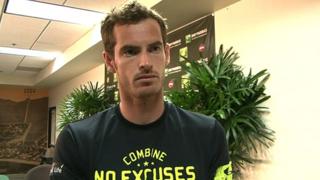 No problems with Djokovic - Murray

On the eve of their first meeting since January's heated Australian Open final, Andy Murray tells BBC Sport that he has "absolutely no issues at all" with Novak Djokovic.

The pair will face each other in Saturday's semi-finals in Indian Wells, with Murray looking to arrest a run of five consecutive defeats by the world number one.

Saturday's semi-final in Indian Wells will be Murray's first appearance in the last four of a Masters Series event since he won the title in Miami two years ago.