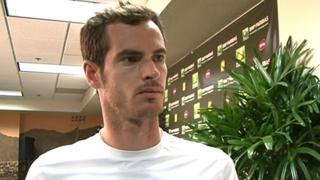 Andy Murray says he was not lacking in confidence despite slumping to a sixth successive defeat against Novak Djokovic in their BNP Paribas Open semi-final at Indian Wells.

Murray puts the loss down to slow starts in both sets as Djokovic broke the British number one three times to win the opening set and once in the second to triumph 6-2 6-3 in 88 minutes.

Djokovic will now face Roger Federer in the final after the world number two beat Canada's Milos Raonic 7-5 6-4 in the other semi final.