Andy Murray's coach Amelie Mauresmo has announced she is expecting her first child.

France's Mauresmo, 35, posted on Twitter: "Baby will be here in august ! #pregnant So happy."

The timing of the baby's arrival is less than two months after Wimbledon, but coincides with the hard court season in America, with the US Open on 31 August.

Former world number one Mauresmo came out as gay in 1999.

She is a two-time grand slam champion, having won the 2006 Australian Open and Wimbledon in the same year. 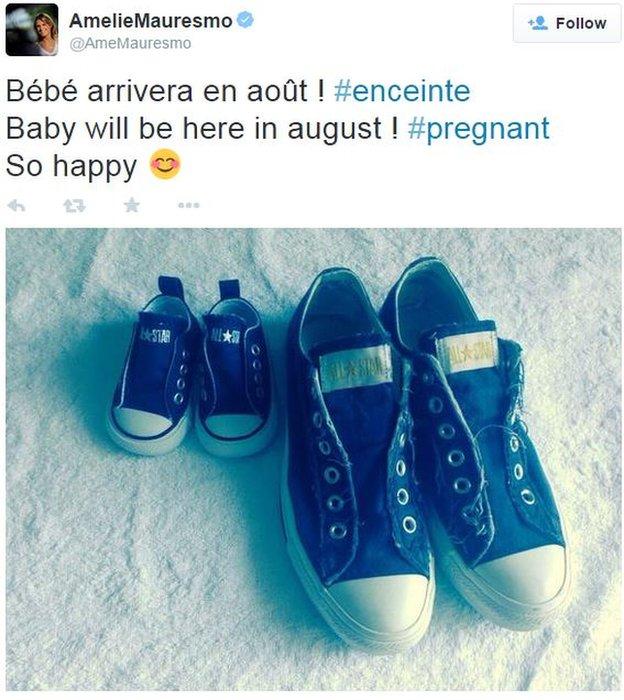 Murray, 27, appointed Mauresmo as his coach in June 2014, after the Scot's partnership with his former coach, Ivan Lendl, ended in March that year.

Under Lendl, Murray won his maiden Grand Slam at the 2012 US Open, Olympic gold and the 2013 Wimbledon title.