Day two of the 2015 Wimbledon Championships sees the first round of the singles draws completed - but how many Britons will still be involved?

In-form 2013 champion Andy Murray is one of seven home players in action on Tuesday, and all will hope to match the opening-day heroics of Liam Broady.

Seven-time champion Roger Federer, two-time winner Rafael Nadal and women's title holder Petra Kvitova all start their campaigns on what promises to be another sweltering day.

What to look out for on day two

Most eyes will be on Murray. The 28-year-old Scot says he fears nobody as he bids to recapture the Wimbledon title he won two years ago.

His route to a potential final looks tough, with Nadal a possible opponent in the quarter-finals and Federer potentially awaiting in the semis.

First, though, he has to get past Mikhail Kukushkin. The world number 58 took a set off Nadal here last year, but comes into the tournament having won only one of his past eight matches. Look out for the players' box - Kukushkin got on so well with his coach Anastasia, he ended up marrying her.

Damir Dzumhur of Bosnia-Herzegovina must have let out a huge groan when the draw was made. He was paired with seven-time Wimbledon champion Federer, who knocked him out of the French Open only last month. 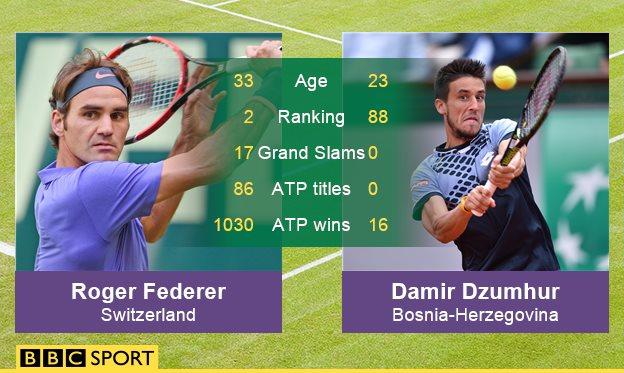 It was a mixed day for British players on day one, with Broady through but sister Naomi going out along with Johanna Konta.

Seven more get the chance to join Broady in the second round including Laura Robson, who faces Russia's world number 101 Evgeniya Rodina.

Out injured since the 2014 Australian Open, Robson got "absolutely pummelled" on her return at Eastbourne qualifying last week.

Heather Watson resumes her match with Caroline Garcia that was halted by bad light on Monday. 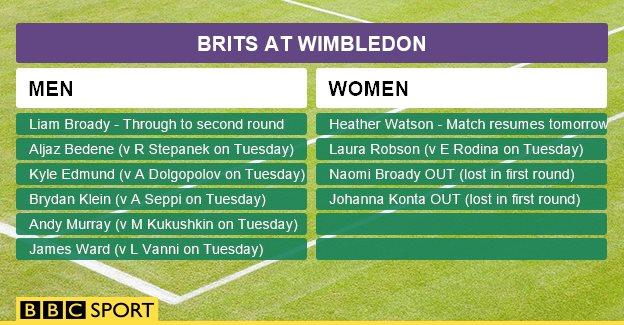 The other five in action are all men. Aside from Murray, keep an eye out for James Ward. His hopes were boosted when his original opponent, eighth seed David Ferrer, had to withdraw with an elbow injury. He now takes on Luca Vanni of Italy, a lucky loser from qualifying.

Kyle Edmund faces Alexandr Dolgopolov, who caused a shock by knocking out Nadal at Queen's two weeks ago.

Aljaz Bedene competes at Wimbledon for the first time as a Briton following his switch from Slovenia, and faces wily veteran Radek Stepanek of the Czech Republic. 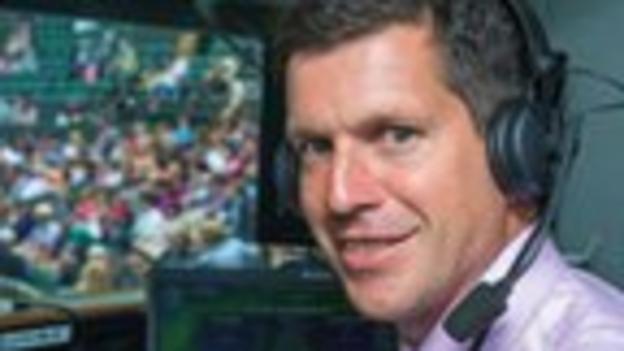 "Aside from Andy Murray's match, the game I'm looking forward to is Laura Robson's encounter with Evgeniya Rodina. It's been an incredibly hard 16 months due to her wrist injury, but she has absolutely nothing to lose here. Rodina is ranked 101st in the world so it's not a bad opportunity for Laura to regain her touch and confidence. She has asked for patience and she has got to be given it. As long as she stays injury free that's the main thing at the moment."

Kvitova takes on the Swingball challenge

Kvitova had an unusual practice session before the start of the defence of her title when she took on BBC Sport's Lee McKenzie in a Swingball challenge.

The 25-year-old Czech will swap a plastic red racquet for a more conventional one when she plays world number 108 Kiki Bertens from the Netherlands on Tuesday.

Kvitova swept past Canada's Eugenie Bouchard in last year's final to win her second Wimbledon title, to add to her 2011 victory. 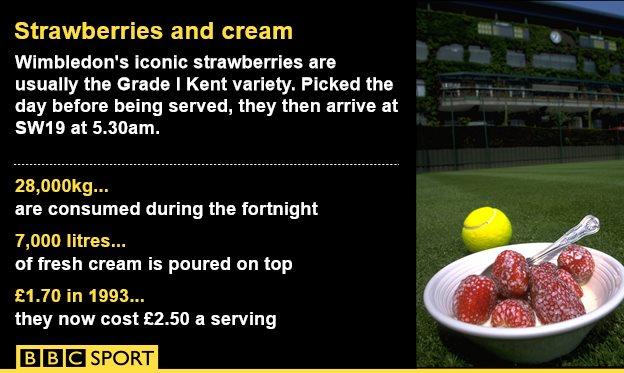 Wimbledon got off to a stunning start weather-wise, and it is only going to get hotter.

The All England Club released a statement on Monday detailing the stipulations of their Heat Rule, which will come into operation if the heat stress index is at, or above, 30.1C.

Wednesday is likely to reach a sweltering high of 32C, according to the BBC weather forecast, although it is likely to be cooler, with showers, on Thursday and Friday. 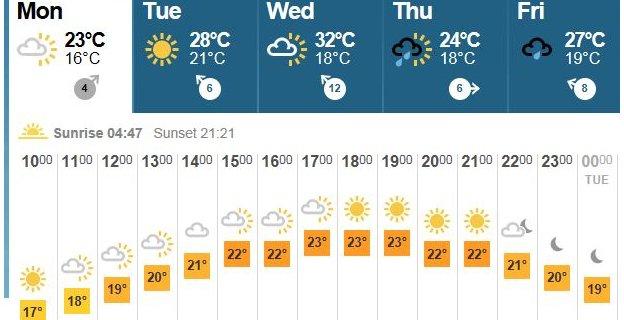