Wimbledon men's fifth seed Kei Nishikori has withdrawn from the tournament because of a calf injury.

The Japanese player was set to play Santiago Giraldo on Centre Court in the second round and the Colombian will now be awarded a walkover.

Nishikori beat Simone Bolelli over five sets in the first round.

"I thought it would be okay but in the last match in the fifth set it was hurting too much and I decided not to play," said 25-year-old Nishikori.

Nishikori was the losing finalist in the 2014 US Open to Marin Cilic. 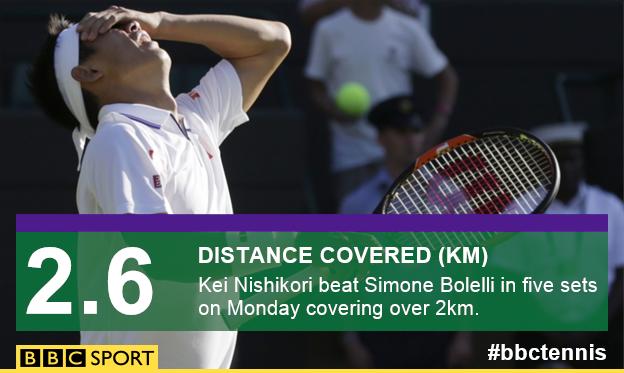