Great Britain's Heather Watson might have suffered heartbreak, but her compatriots Andy Murray and James Ward have the chance to put the smile back on the faces of British tennis fans when they play on day six of Wimbledon 2015.

His Davis Cup team-mate and friend James Ward plays in the biggest match of his life as he takes on world number 56 Vasek Pospisil for a place in the fourth round.

The unmistakable figure of dreadlocked German Dustin Brown returns to action after providing one of stories of these championships so far with his stunning victory over 14-time Grand Slam winner Rafael Nadal.

And get your stopwatches out for Petra Kvitova's third-round match. Her first two rounds took a combined total of 93 minutes.

What to look out for on day six

Dustin 'Dreddy' Brown put in the performance of his career against Nadal. The back-story of Wimbledon's man-of-the-moment of camper vans, tattoos and his Jamaican upbringing has been documented by media outlets across the world.

He has never been into the second week of a Grand Slam before. Hoping to bar his progress is Serbia's Viktor Troicki, conqueror of Great Britain's Aljaz Bedene in round two and a semi-finalist at Queen's last month.

Seven-time Wimbledon champion Roger Federer has been at his imperious best, hitting "shots other guys don't hit" according to Sam Querrey, who was trounced by the Swiss in the second round.

He now faces Australia's Samuel Groth, who holds the world record for the fastest ever serve of 163.4mph, set at a Challenger Tour event in Busan, South Korea, in May 2012.

Once described as a serving "novelty act" by four-time Grand Slam champion Jim Courier, the former Aussie Rules footballer has developed his all-round game to rise to 69th in the world.

Defending ladies' champion Kvitova has lost just three games in her opening two matches so far, but the Czech might have to break into a sweat when she plays former world number one Jelena Jankovic.

Ward is already guaranteed the biggest payday of his career and entry into the world's top 100 for the first time - regardless of how he fares against Pospisil.

Despite the Canadian having won the men's doubles at Wimbledon last year, Ward has nothing to fear against the 25-year-old, who has also never been beyond the third round of a Grand Slam.

Londoner Ward said winning this match would compare with his beloved Arsenal "winning the league next year". 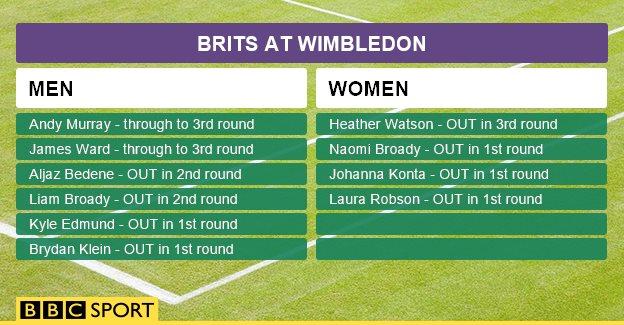 World number three Murray, who gave Ward a ribbing over his love of listening to singer Taylor Swift, may have a tough task to shake off Seppi.

In his last six meetings with the Italian, including a Davis Cup tie last year, Murray has not dropped a set, but he believes Nadal's defeat by qualifier Brown should serve as a warning of the quality of the men's game at the moment.

Seppi knocked out Roger Federer at the Australian Open this year, and proved his talents on grass by reaching the final in Halle last month.

"The depth of tennis just now is very high and upsets happen, and for sure they happen more than they did a few years ago," said Murray, whose consistency has seen him reach 17 consecutive quarter-finals in Grand Slams in which he has competed.

"I'm expecting Andy Murray to continue the great form he showed in his last match with Robin Haase. Up against Andreas Seppi, Andy should complete the first week without losing a set. The Italian did reach the final of Halle last month so he is competent on grass, but I have no doubts Murray will win. Another game I am very much looking forward to is the local derby between Frenchmen Gael Monfils and Giles Simon. I love watching Monfils play, he has so much flair and talent, but I'm predicting Simon to sneak it in five sets." 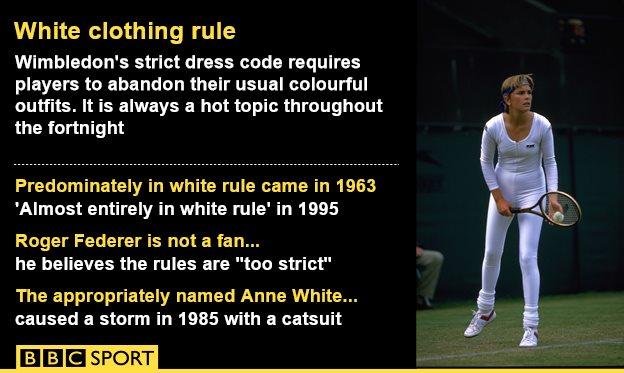 Another beautiful day is in prospect at the All England Club with no rain forecast and temperatures around 24 or 25 degrees Celsius. Perfect. 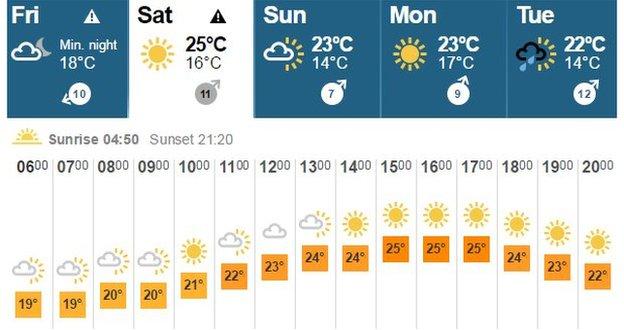