Day eight at Wimbledon 2015 is women's quarter-final day, with eight different players on show from this stage last year.

Serena Williams is on a mission to win what would be a fourth major in a row, a sixth Wimbledon and a 21st Grand Slam title. After beating sister Venus, she now plays two-time Australian Open champion Victoria Azarenka.

Maria Sharapova, meanwhile, faces big-serving American Coco Vandeweghe. The Russian is yet to drop a set at this year's tournament.

The winner of that match takes on the victor of the other quarter-final between Spain's Garbine Muguruza and Switzerland's Timea Bacsinszky.

Meanwhile, defending men's champion Novak Djokovic resumes his fourth-round match with Kevin Anderson at 13:00 BST on Court One, with the number one seed having battled back from two sets down to level before play was stopped for bad light on Monday.

What to look out for on day eight

Fresh from getting the upper hand over her sister, Serena Williams stands just three matches from a second 'Serena Slam'. With 20 Grand Slams, she has 13 more than the rest of the quarter-finalists put together.

The latest player in her sights is former world number one Azarenka. They have met twice before at Wimbledon, with Serena prevailing at the same stage in 2009, and in the 2012 semi-finals.

Azarenka has slipped to 24th in the rankings and won the last of her 17 WTA titles at the Cincinnati Open nearly two years ago - where she beat none other than Serena.

However that is one of only three victories she has enjoyed over Williams in 19 previous meetings. 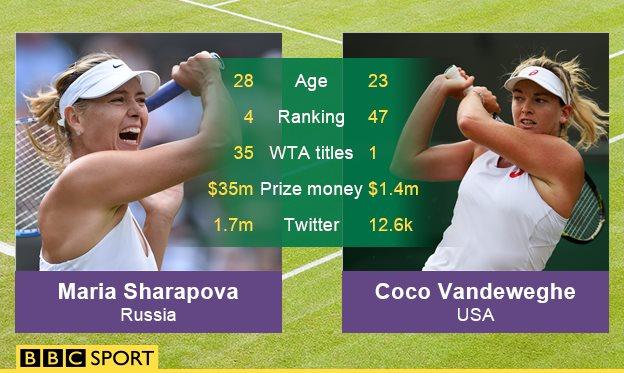 Sharapova has reached the semi-finals at Wimbledon just once since 2006 - when she was runner-up in 2011.

She faces American powerhouse Vandeweghe, who is in uncharted territory at a Grand Slam having never got past the third round in 18 previous attempts. 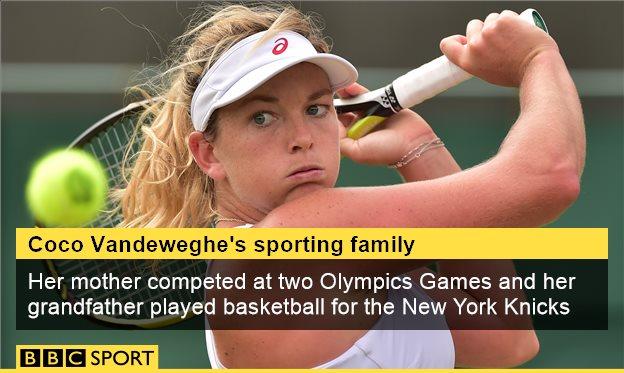 Over on Court One, Keys - another promising American - faces Poland'sRadwanska.

World number 21 Keys knocked out Petra Kvitova to reach the semi-finals of the Australian Open earlier this year before finally succumbing to Serena Williams.

Number 13 seed Radwanska is finding her form after an indifferent start to 2015 and was a beaten finalist at Eastbourne.

Switzerland's Bacsinszkywas working as a hotel intern just two years ago as she battled with injuries but has fought her way up to 15th in the world and now has a tilt at reaching her second Grand Slam semi-final of the year.

Muguruza, seeded 20th, will be playing in her first Grand Slam quarter-final outside of the French Open. She has relaxed at Wimbledon by watching horror films such as Silence of the Lambs. 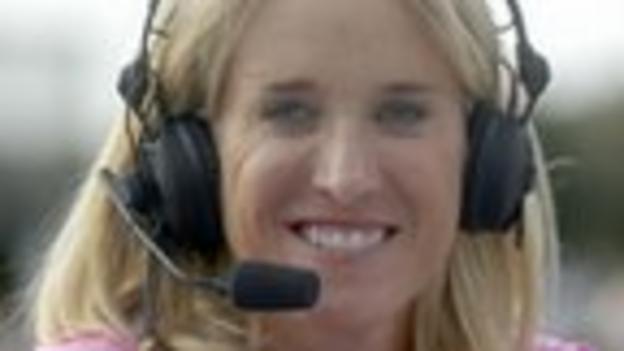 "Of course Victoria Azarenka has a chance against Serena Williams. A couple of times this year on clay she has got ahead of Serena but just hasn't been able to get over the finish line. She has never beaten Serena at a Grand Slam, though, and on grass Williams is a different prospect.

"Garbine Muguruza takes on Timea Bacsinszky, who has a fascinating back story. It is such a passionate story and she really wants this."

Of the 10 British players who began in the singles, only Andy Murray remains - he plays unseeded Canadian Vasek Pospisil in Wednesday's quarter-finals. 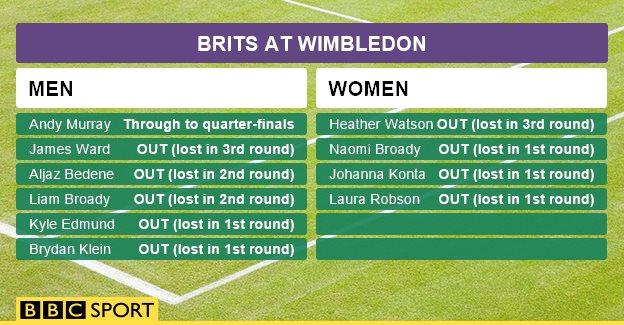 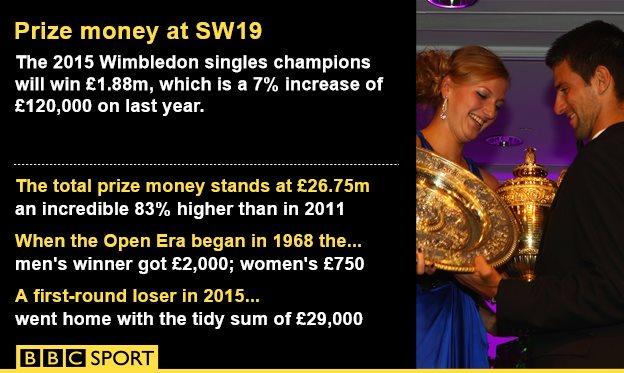 Wimbledon could wake up to rain but it is forecast to pass by the time play starts. Isolated showers mid-afternoon have the potential to cause minor delays but on the whole it should be a decent, if cloudy, day. 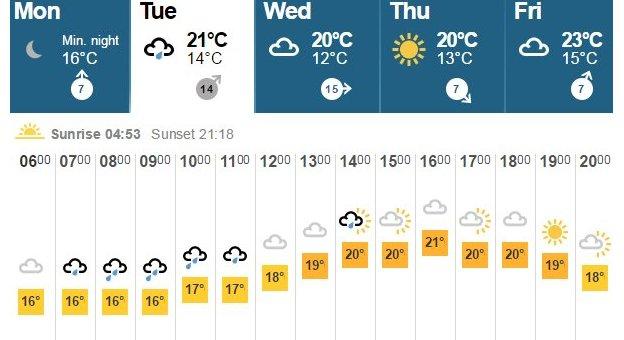