Maria Sharapova needs to end her 16-match losing streak against Serena Williams if she is to reach the women's singles final at Wimbledon.

The Russian, 28, was victorious over Williams in the final at SW19 in 2004, but aside from one other victory that year, she has not managed to beat the world number one since.

In fact, Sharapova has taken just one set off Williams in the last seven years and in their last meeting on grass, at the London 2012 Olympics, she managed to win just a solitary game.

Despite her dismal record, the five-time Grand Slam champion is confident that she can win to reach what would be a first Wimbledon final since 2011. 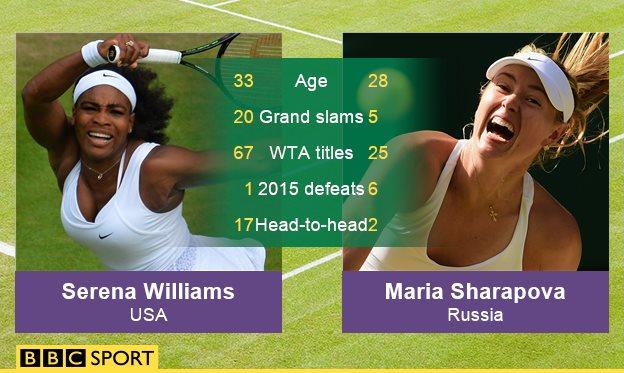 "I think it's always a new match," the world number four said.

"I haven't had great success against her. I would love to change that around. That's how I look at it.

"There are definitely no secrets between each other's games, but it will be an incredible moment for me to step out on Centre Court against her again.

"There's no easy road to victory. You're going to have your bumps. That's the way I see it."

She now faces another in Williams, who battled back from a set down to Victoria Azarenka, to reach the last four at Wimbledon for a ninth time.

Chasing a 21st Grand Slam, which would put her just one behind Steffi Graf's all-time Open era record, Williams has lost just one match so far in 2015.

However, her route to the semis here at SW19 has been far from easy, with an epic tussle with Britain's Heather Watson followed by an emotional match with her sister Venus in the fourth round and then a high class quarter-final against Azarenka.

Just like in her match with Watson, Williams found herself a set down to the Belarusian but upped her game superbly and struck 46 winners, including 17 aces.

"It's been up and down, up and down but somehow I'm still alive: I don't know how," said Williams. 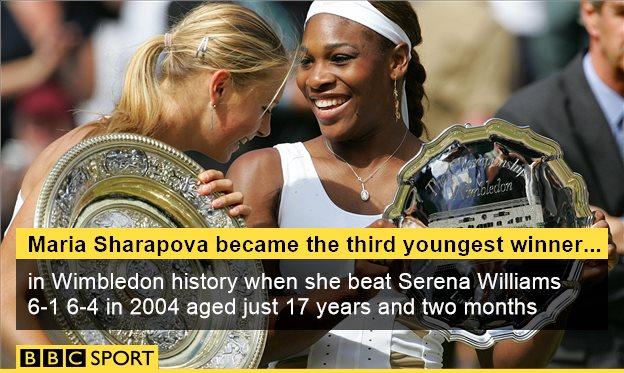 "For me, I don't feel like I have any pressure going into this match.

"It's just totally different for me. I don't have anything to prove. I've won all the Grand Slams, multiple times. Now I'm here just to enjoy it.

"It's actually making me play better, which is crazy.

"I love playing Maria. I think she brings out the best in me,"

Unbeaten in 26 matches at Slams, she is now just two games away from completing a 'Serena Slam' for a second time.

All talk of that, and what would be a first calendar Grand Slam since Graf in 1988, is off limits to Williams and reporters have been jokingly rebuked for asking her.

"No, I told you guys don't mention it, no slam!" she said after her win over Azarenka.

The other semi-final will be contested by 20th seed Garbine Muguruza and 2012 finalist Agnieszka Radwanska of Poland.

Muguruza is the first Spaniard to reach the semi-final stage at Wimbledon since Arantxa Sanchez Vicario achieved the feat in 1997.

"I'm surprised that my first semi-final is on grass," said 21-year-old. "But I think I'm playing really well. I think the surface helps me." 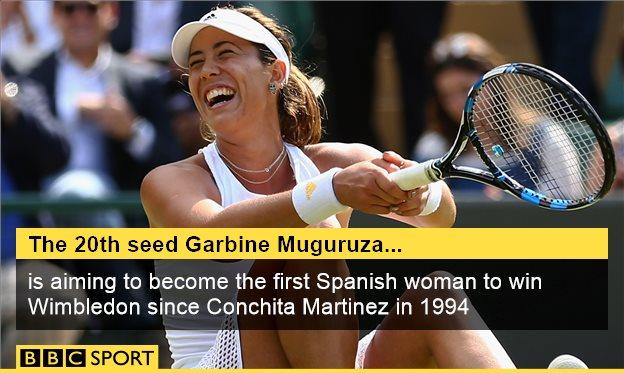 Radwanska was beaten by Williams in three sets in the final three years ago, although she was hampered by a respiratory illness.

She has also reached three other Grand Slam semi-finals, including Wimbledon in 2013, which she thinks will give her an edge against her opponent, who has never gone as far at a major before.

"Experience is always very important, especially in a Grand Slam. But we'll see," she said.

"Sometimes when you are there for the first time, you also have nothing to lose."

They both have two wins apiece from their previous four encounters - but Muguruza has won both matches in 2015.

After Wednesday's intermittent showers, the sun returns to SW19 and a lovely day is forecast.

Temperatures should hover around the 20C mark for much of the afternoon. 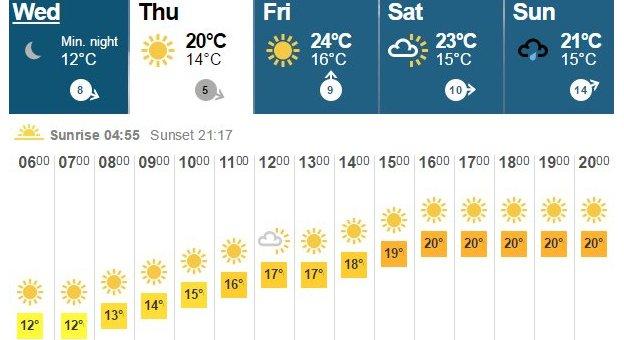