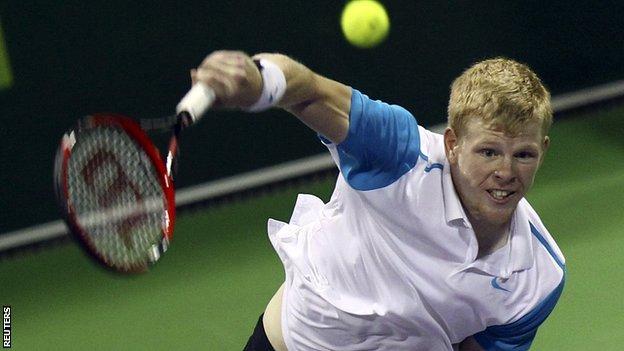 British number three Kyle Edmund is out of the Qatar Open after losing 6-3 6-2 to world number six Tomas Berdych.

Despite the defeat, Edmund, currently ranked 102nd, will better his career-high ranking of 99 when the new standings are released next week.

Berdych will play Novak Djokovic - against whom he has won two of 23 meetings - in the last four.

Nadal was made to work for his victory by the world number 79, but prevailed in just over two hours.