And the man with the monster serve has revealed he has a unique preparation method for his run to the semi-final.

Speaking after victory over Frenchman Gael Monfils, Canadian Raonic revealed a trip to a Melbourne museum helped him focus on the quarter-final match-up. 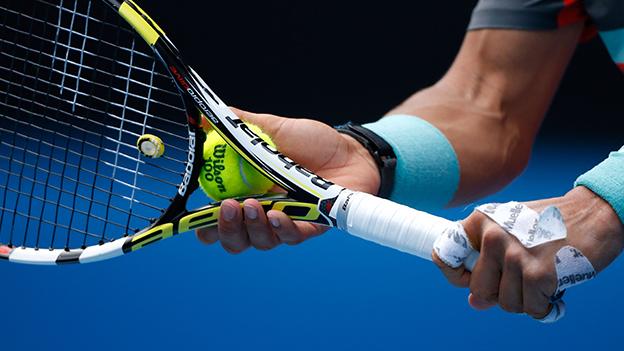 "I saw a lot of Andy Warhol exhibits before," said the 25-year-old. "It was more of the Ai Weiwei installations I wanted to see, especially the Infinite Bicycle one that was in the centre of the museum.

"It was magnificent in many ways. I think that whatever iteration you see of Andy Warhol's life has been redefined over many years due to his unfortunate passing, but Weiwei's story is constantly building and you're hearing something different.

"There is a lot I'm learning about his house arrest and all these kind of things, his rebel behaviour towards establishment and so forth.

"I think the most impressive thing is how grand his installations are. It's tough for somebody to put it in their own home, but they speak wonders I believe."

Raonic beat 2014 Australian Open winner Stan Wawrinka in a five-set fourth-round thriller on Monday and said an improvement in his mental game was key to that victory.

"It's something I'm getting better with," said the 13th seed. "I can be very obsessive when it comes to the process and what I need to do for the next match. I am constantly considering things."

He said that visiting an art gallery was "definitely a nice escape from myself", adding: "I got to participate in something that I really enjoy and a passion that's definitely grown for me over the last two years."

The only question now is: What would Raonic make of the dog portraits painted by Murray's wife Kim?