Rafael Nadal registered his 200th Grand Slam victory with a crushing 6-3 6-0 6-3 win over Facundo Bagnis in the second round of the French Open.

The Spaniard, who is attempting to win a 10th title at Roland Garros, dropped the first two games against the world number 99 but then won 18 of the next 22 to ease through.

He will play compatriot Marcel Granollers in round three.

It means the world number one, who has never won the tournament despite reaching the final three times, will play Britain's Aljaz Bedene next. 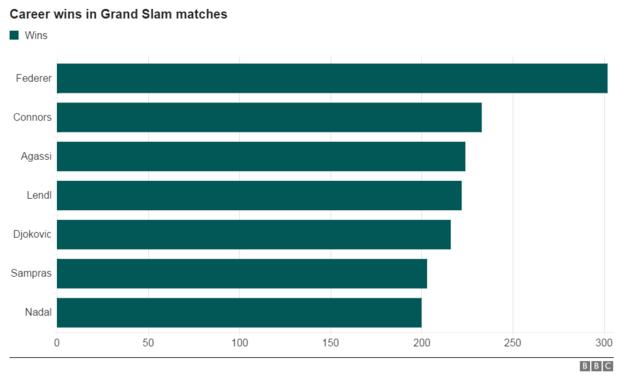 The 34-year-old American will face the winner of the tie between France's Kristina Mladenovic and Timea Babos of Hungary for a place in the last 16.

Serena's sister, Venus, also reached the next round while there were wins for Timea Bacsinszky, Ana Ivanovic and Carla Suarez Navarro.

Zebras on the loose

Keen observers will have noticed a number of the players at this week's tournament wearing zebra-inspired kit.

But opinion is split.

Andre Agassi's former coach Brad Gilbert tweeted a comparison with employees of a high-street clothing chain: "What's up with so many players looking like FootLocker employees on safari? U digging the Zebra shirts?"

However, Ivanovic defended the outfits which she believes are "beautiful" - and compared them to the football kit of her favourite club, Partizan Belgrade.