It was a victory that struck a chord with many - even his famously poker-faced coach Ivan Lendl could not hide his emotions as Andy Murray became Wimbledon champion for the second time on Sunday.

Unsurprisingly, it was a triumph that sparked thousands of tweets. Former England football captain Gary Lineker, the world's most expensive footballer Gareth Bale and even TV presenters Ant and Dec offered their congratulations. Here is how the day unfolded on social media...

Murray had been there and done it before, but that did not stop the nerves and excitement building as the start of the match neared. Former England cricketer Phil Tufnell showed his support - and it became increasingly clear that Murray had the backing of a number of furry friends.

The hottest ticket in town

Royal Box regulars, the Duke and Duchess of Cambridge were in attendance, as was Prime Minister David Cameron and Scotland's First Minister Nicola Sturgeon. But perhaps most surprising was the presence of Manchester United's Portuguese manager Jose Mourinho as Portugal were competing in the Euro 2016 final against France in Paris on Sunday evening.

Raonic produced a colossal 147mph serve in the second set - the equal second-fastest in Wimbledon history - but the cat-like Murray managed to return superbly, winning the point and causing Twitter to purr in admiration.

'Possibly the greatest British sportsman of all time'

Andy Murray said his second Wimbledon title, and the third Grand Slam of his career, was "extra special" because of the tough losses he has endured. It was also a victory which had celebrities crying and calling him a British great.

How to celebrate winning Wimbledon? Murray showed little enthusiasm in continuing the Champions' dinner dance, which was revived by Novak Djokovic and Serena Williams last year. "No dancing for me unless I've had a few glasses of champagne and then it's possible," he said. But there was no ducking out of the post-match ice bath ritual.

How the papers reacted 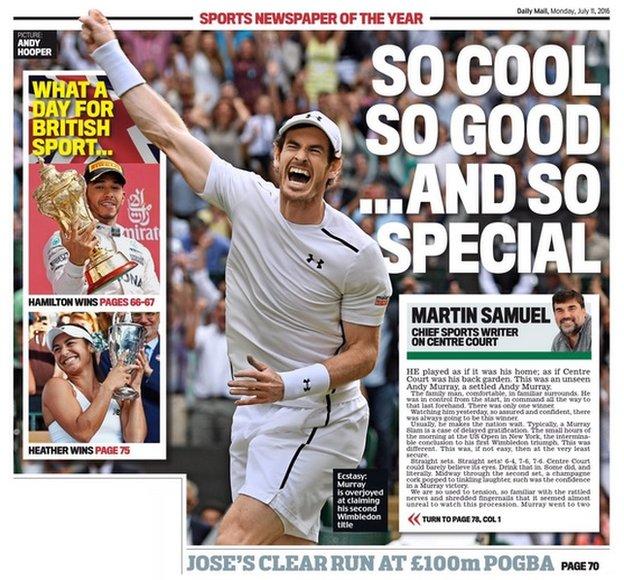 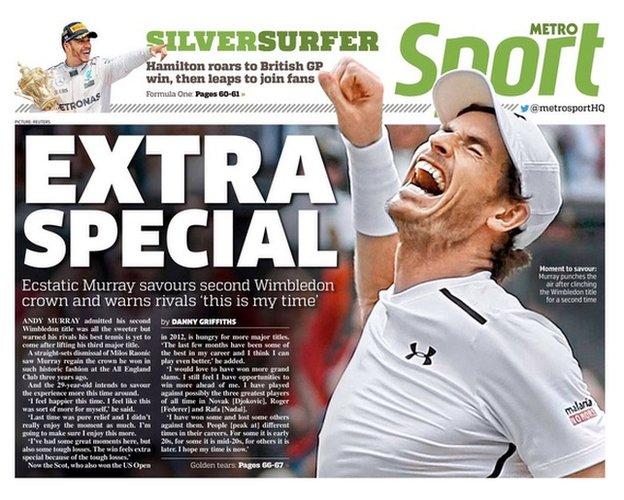 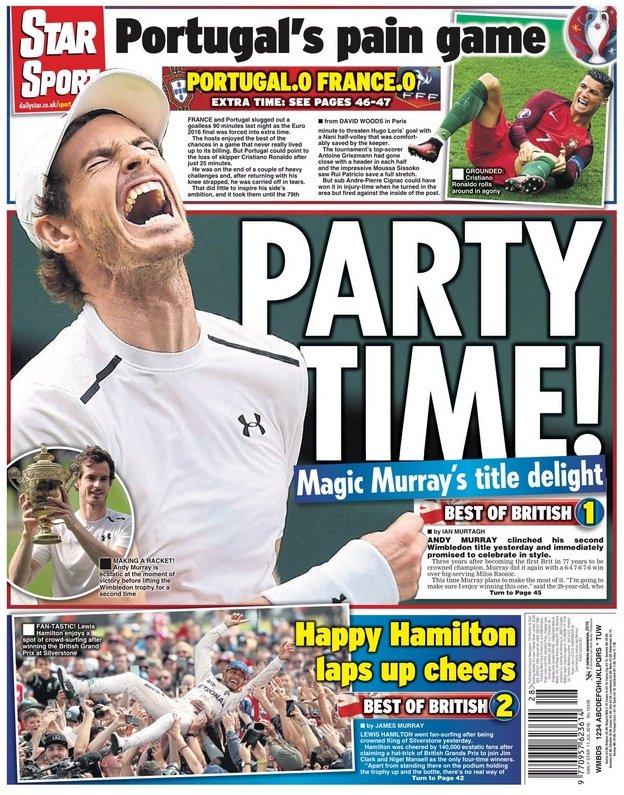 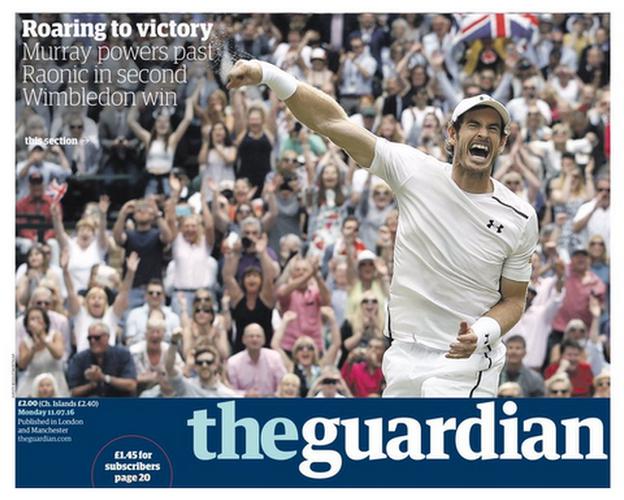 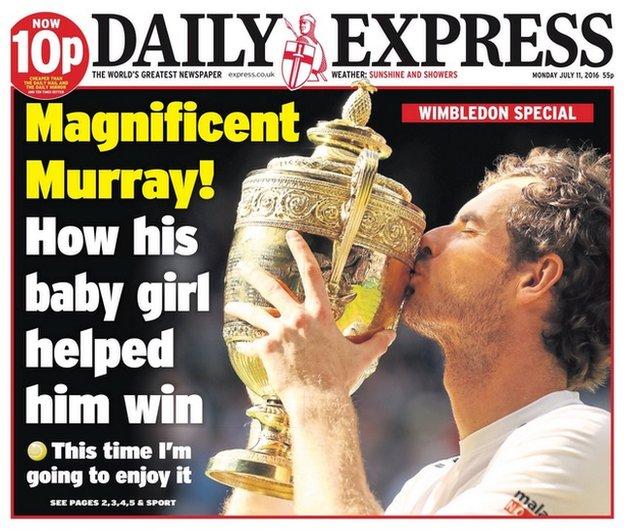