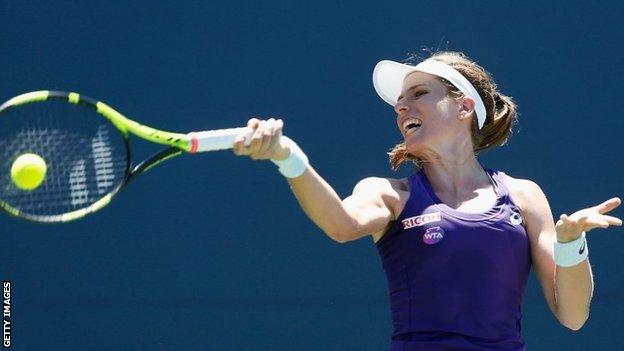 British number one Johanna Konta reached the Bank of the West Classic semi-finals in California with a 6-2 4-6 6-3 victory over Saisai Zheng.

Konta, ranked 18 in the world, broke her opponent - who is 56 places below - her twice in the opening set.

But the Chinese player won the last three games of the second set to level.

Third seed Konta, 25, gained a crucial break in the deciding set in Stanford to go 4-3 ahead and clinched victory in just over two hours and 20 minutes.