The second Grand Slam of the tennis calendar - and the only major on clay - begins on Sunday.

Spain's 16-time Grand Slam champion Rafael Nadal is still the man to beat in Paris, while 23-time major winner Serena Williams is the star attraction in the women's draw.

However, two of the biggest names will not be playing in the French capital - 20-time Grand Slam champion Roger Federer and Britain's former world number one Andy Murray.

In Murray's absence, the British charge will be led by Kyle Edmund in the men's draw and Johanna Konta in the women's.

Here's everything you need to know...

Who can stop the King of Clay?

And, once again, the 31-year-old Spaniard is the favourite to win at Roland Garros.

Worryingly for his rivals, he has picked up where he left off last year on the clay, lifting his 11th titles in Monte Carlo and Barcelona on his way to a record 50-set winning streak on a single surface.

Eventually that run came to an end in a defeat by Dominic Thiem in Madrid - Nadal's first loss on clay since the Austrian world number eight beat him in Rome 12 months previously.

Normal service resumed for the Spaniard at the Italian Open, a gutsy three-set victory over Germany's in-form Alexander Zverev giving him an eighth title in Rome, and helping him regain the world number one ranking from long-time rival Roger Federer.

Nevertheless Nadal - who begins his defence against Ukraine's Alexandr Dolgopolov - deflected talk of lifting the Coupe des Mousquetaires for an 11th time following his win in Rome.

"Conditions in Paris are completely different," he said. "I don't believe that what happened, even if I lost - even with the victory - creates a big impact about what can happen in Paris."

For the second year running, Federer - who turns 37 in August - has decided to skip the entire clay-court season.

When announcing his decision last year, he spoke about the need to be smart with his scheduling to prolong his career, and the French Open - on his least favourite surface and a tournament which he has won only once in 2009 - has been sacrificial.

The decision proved to be a sensible one last year as a refreshed Federer returned to the court for the grass season, going on to lift a record eighth Wimbledon title.

The Swiss maestro regained the world number one ranking in February after a blistering start to the year in which he claimed the Australian Open during a 17-match winning run.

Federer has not played in Paris since 2015, leading to some suggestions - including from his old rival - that he does not fancy meeting Nadal on clay.

With Murray still not fully recovered from hip surgery, Edmund goes into his first Grand Slam as the British number one.

It is the first Slam since the 2006 US Open where three-time major champion Murray has not been ranked as the country's leading player.

Of course, Edmund has played on the biggest stage without Murray's shadow looming - most notably at the Australian Open in January.

The 22-year-old became only the sixth British man in the Open era to reach a Grand Slam semi-final, seeing his remarkable run ended in the last four by Croatia's 2014 US Open champion Marin Cilic.

Since then the Yorkshireman has also beaten 2016 French Open champion Djokovic in Madrid, helping him climb into the world's top 20 for the first time.

He will begin his campaign against young Australian Alex de Minaur.

Cameron Norrie is the only other Briton in the men's singles draw. The world number 102, who shot to prominence in the Davis Cup defeat by Spain in March, has gained direct entry to a Grand Slam for the first time and will face Germany's Peter Gojowczyk in the first round.

Who can stop Nadal? 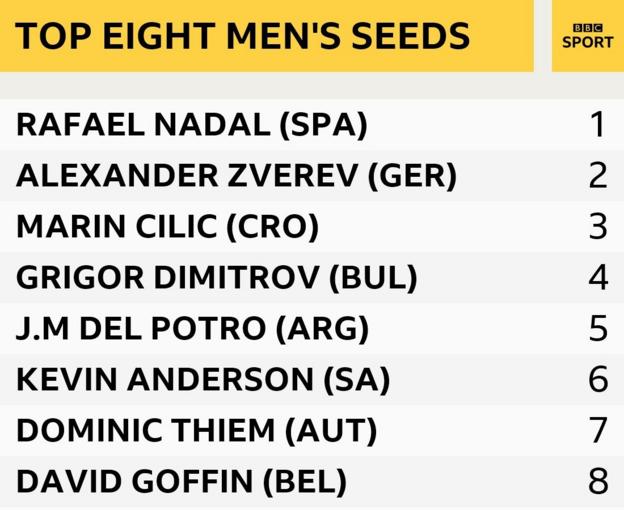 Serena out of match practice - but 'can still win'

Serena Williams has only played four Tour matches since returning to the court after giving birth to daughter Alexis in September - but that has not stopped coach Patrick Mouratoglou saying the 23-time Grand Slam champion can still win in Paris.

Williams, 36, lost to older sister Venus in the last 32 in Indian Wells on her WTA return in March, then went out to Japan's rising star Naomi Osaka in round one at Miami a fortnight later.

The former world number one has plummeted to 453rd in the world rankings, but is able to use her protected ranking to play at Roland Garros. The unseeded American starts against Czech Kristyna Pliskova.

If she does win a fourth French Open singles crown, although there are still question marks about her fitness and sharpness, it will take her level with Margaret Court's all-time Grand Slam record of 24 majors. 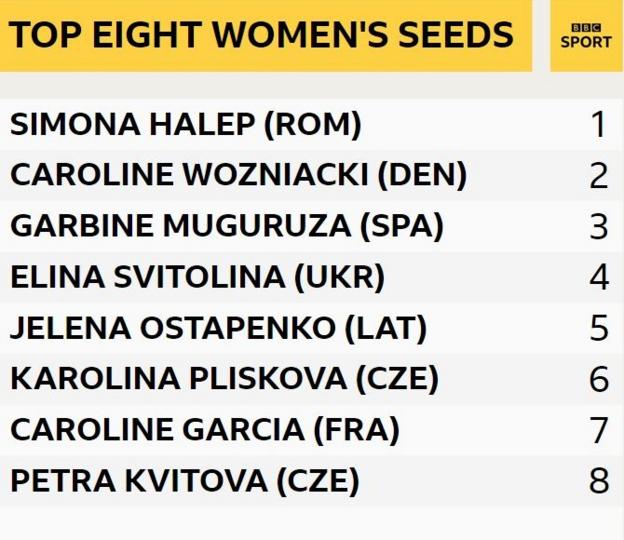 Konta aiming to prove she can compete on clay

British number one Johanna Konta showed she was among the best on grass during her memorable run to the Wimbledon semi-finals last year, but it has been a different story on clay.

The 27-year-old only managed to win two matches on the surface last year, and has never progressed past the first round at Roland Garros.

But she showed encouraging signs by reaching the last 16 in Rome before losing to Ostapenko.

'I've never believed that I'm not good on this surface," said Konta, who plays Kazakhstan's Yulia Putintseva in the opening round.

Konta has slipped to 22nd in the world rankings since her Wimbledon heroics propelled her to a career-high fourth, reaching just one quarter-final this year.

She is joined in the main draw by Heather Watson, who has also struggling for form but ended a four-month losing streak this week with a victory in Nuremberg.

The 26-year-old has dropped to 87th in the rankings and starts against home hopeful Oceane Dodin.

Also in the main draw - representing Australia - is Inverness-raised Isabelle Wallace. The 21-year-old left the Highlands at the age of 10 due to a lack of funding and tennis resources and now lives in Spain.

However, she told BBC Sport that she will be representing Scotland when she opens against Alison van Uytvanck of Belgium.

"Even though I'm Australian, everyone back home is full of support. I still think of myself as Scottish," she said. "I think a lot of people would understand in my situation and it's the right thing to."

We will be bringing you daily coverage from French Open across BBC radio and digital platforms.

Every day there will be a selected radio commentary on BBC Radio 5 live sports extra and/or on the BBC Sport website, while there will also be daily live text commentaries - featuring all the best images and social media from Paris - on the website.