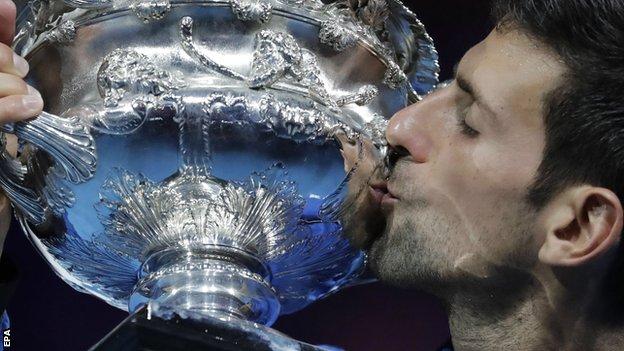 BBC Sport brings you live radio and text coverage plus TV highlights of the Australian Open from 14-27 January at Melbourne Park.

BBC Radio 5 live sports extra has live commentary every day from 07:00 GMT, plus commentaries on other key matches during the fortnight.

The BBC Sport website will stream the live radio and TV highlights as well as hosting text commentaries on the best matches, reports, live scores and analysis.

You can view BBC Sport output as well as listen to our radio sports programming on the BBC iPlayer.

The BBC Sport website is available via desktop, mobile, tablet and app, giving fast and easy access to the live stream, text commentaries, news, reports, schedules and videos, as well as highlights of the day's action. The BBC Sport app is available free on Apple and Android devices.

National and regional variations have been included in this list where possible, but please check your local listings for more detailed information.