The Lawn Tennis Association has given away 900 tickets to Great Britain fans to cheer on the team at Saturday's Davis Cup semi-final with hosts Spain.

After Andy Murray pledged to "sort out as many tickets as possible", the LTA said fans could email the governing body to get up to four free tickets for the match, in Madrid.

Dan Evans and Kyle Edmund booked Britain's place in the last four with victory over Germany on Friday.

"We want you here!" the LTA tweeted.

In a Twitter message, GB doubles player Jamie Murray said: "All the tickets available have been taken...it's an incredible effort by you guys [the fans] and we're looking forward to seeing you."

Great Britain are appearing in their third semi-final in five years at the revamped Davis Cup.

They begin their best-of-three tie at the 12,500-capacity Manolo Santana Court at the Caja Magica at 16:30 GMT.

Britain were backed by about 1,000 fans in their opening two group matches against the Netherlands and Kazakhstan, with that number thought to be slightly lower for the quarter-final against the Germans. 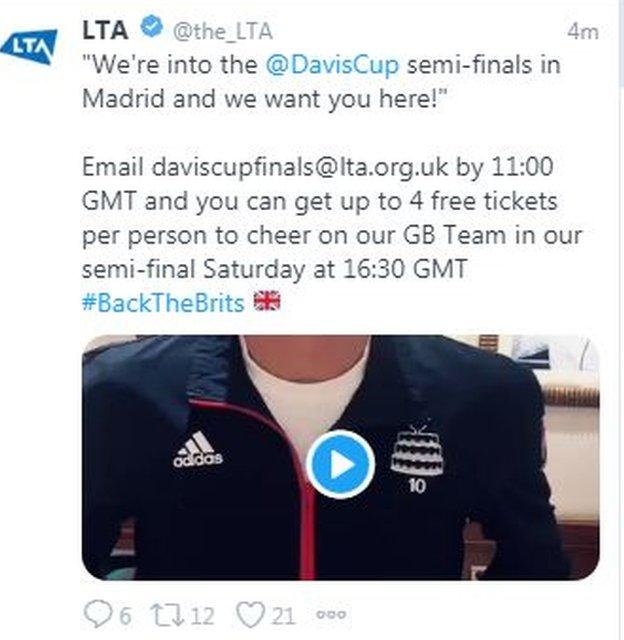 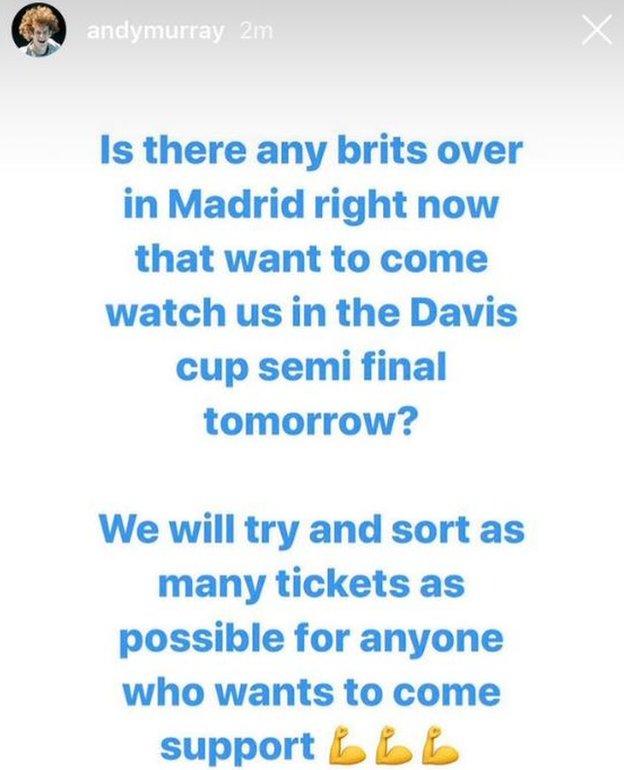 'We need to keep monitoring Andy'

Murray, 32, did not feature in the quarter-final after captain Leon Smith decided not to recall the former world number one, who also missed the match against Kazakhstan after a laboured performance in the opening win over the Netherlands.

In the Scot's absence, 24-year-old Edmund has won both of his matches, while Evans dug deep to earn his first victory in Madrid against Germany.

Smith had said before the quarter-final that it would be one of his toughest decisions whether to name Murray in the team or not and he was giving little away about his selection for the semi-final.

"He [Murray] wasn't feeling great on the court. It was tough for him and if we have players like Kyle and Dan playing at a really good level then they are ready to play. We need to keep monitoring Andy," Smith told BBC Sport.

"While Kyle and Dan are playing at that level he knows it is not like it used to be where he has to play.

"That's a good thing for us. The squad is really strong now.

Britain or Spain will face Canada or Russia in Sunday's final.