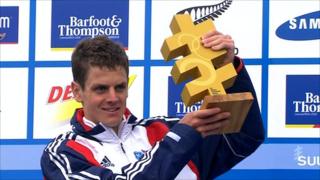 The 22-year-old needed a podium finish to take the title, but still sprinted for the line with Spain's Javier Gomez for the honour of winning the final leg of the series.