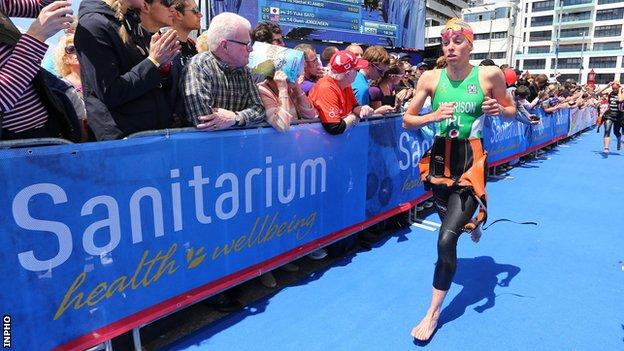 Irish Olympian Morrison had been in second place after the swim.

However, the 30-year-old Londonderry triathlete later revealed she had not recovered from a cold and felt she was not fit to finish the event.