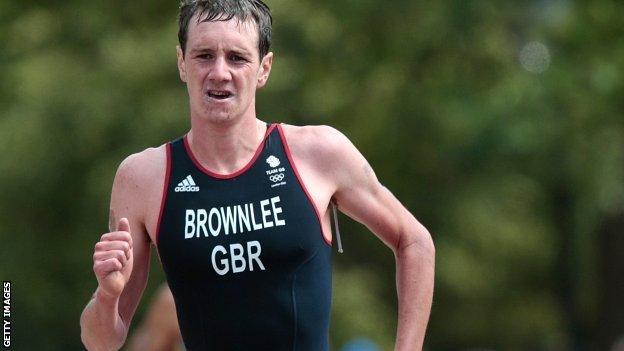 Alistair Brownlee will face Javier Gomez, the man he beat to London 2012 gold, as he makes his 2013 World Series debut in San Diego at the weekend.

The 24-year-old triathlete chose not to compete in the Auckland series opener, which Gomez won earlier in April.

Brownlee returned to top-flight racing after London with victory over non-Olympic distance at the Abu Dhabi triathlon in February.

Brownlee's younger brother Jonathan is out of San Diego with an ankle injury.

Jonathan, , is targeting a return at the third event of the eight-race series in Yokohama, Japan in May.

Gomez has started the season in impressive form as he bids to break the Brownlees' dominance however.

In addition to he has won a World Cup race in Mooloolaba, Australia.

Scotland's David McNamee and the Loughborough-based pair Mark Buckingham and Adam Bowden will also compete for Britain in the men's race.

Jodie Stimpson, who was second in Brisbane in March but forced out of the Auckland race with hypothermia, Katie Hewison, who withdrew with a stomach bug, and reigning under-23 world champion Non Stanford will compete in the women's race.